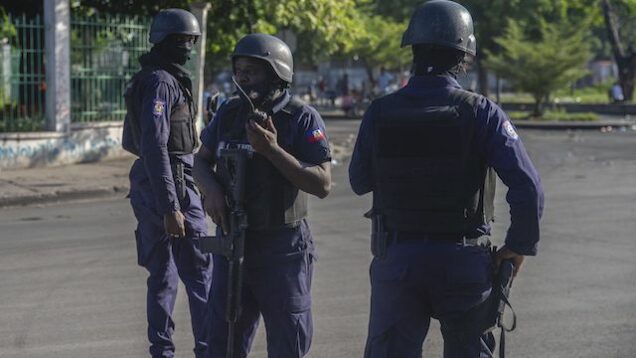 The Haitian 400 Mawozo gang that kidnapped 16 American missionaries and one Canadian has demanded $17 million for the release of all abductees.

Wall Street Journal which reported the ransom, quoting a Haitian official, said the bandits want $1million per each captive.

Among the captives is an eight month old baby.

The missionaries are part of the Ohio based Christian Aid Ministries.

The missionaries were abducted on Saturday from a bus that was taking them to the Port-au-Prince airport to drop off some members of the group before continuing to another destination.

Justice Minister Liszt Quitel said the FBI and Haitian police are in contact with the kidnappers and seeking the release of the missionaries.

Among the missionaries are four other children, Mr. Quitel said.

The FBI will help Haitian officials investigate the kidnapping and try to negotiate a release.

“The FBI is part of a coordinated U.S. government effort to get the U.S. citizens involved to safety,” she said.

“We are trying to get them released without paying any ransom,” said Mr. Quitel.

“This is the first course of action. Let’s be honest: When we give them that money, that money is going to be used for more guns and more munitions.”

“That would be the best outcome,” he said.

Mr. Quitel said the missionaries, members of Ohio-based Christian Aid Ministries, are held in a safe house right outside Croix-des-Bouquets, the suburb of Port-au-Prince controlled by 400 Mawazo and near where they were kidnapped by heavily armed men around midday on Saturday.