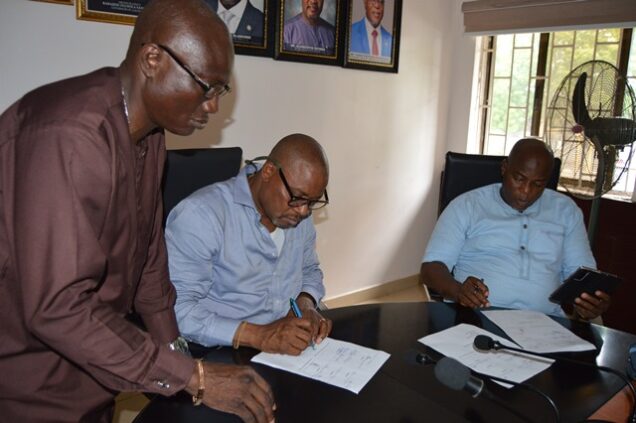 The Lagos State Government has threatened to suspend operations of transport unions in Mile 2 area of the state if any clash should occur again.

In response to the violence, the Lagos State Government on Tuesday brokered peace between the warring factions in Alausa, Ikeja, Lagos.

Special Adviser to the Governor on Transportation, Oluwatoyin Fayinka, stated that the state government would proceed with dealing with the case intrinsically as soon as the Nigerian Police presented the report of the crisis.

He stressed that looming problem of multiple levies on truckers by the unions around the axis had been the trigger for the dispute.

Fayinka expressed his disappointment at the unfortunate incident that left three people dead, warning the unions to beware of infiltrators as this would soil their reputation and lead to an abrupt end of the activities by the gtate Government as the safety of lives and properties is first and sacrosanct.

The Vice Chairman, RTEAN and Head of Haulage, Comrade Adeola Adeyemi explained that the NURTW had breached the agreement earlier signed by both parties, stating that their violent insistence on selling ticket suspended by the Lagos State Government to truckers registered under RTEAN had resulted to the death of three members last week.

In defense to the accusation levied on NURTW by RTEAN, the Branch Secretary NURTW, Amuwo, Comrade Adewale Adeyemi stated that the Council of Maritime Transport Union and Association (COMTUA) was responsible for the evacuation at Fatgbem which ignited the crisis.

He added that they were the ones that went to dislodge the violators of the aforementioned agreement and that the violators were handed over to the police.

He further revealed that the reprisal attack by RTEAN with the intervention of OPMESA equally led to casualties.

Responding to all explanations, the Special Adviser assured that necessary steps were being taken to nip the reprisals in the bud, warning strongly that the state government would not hesitate to suspend union activities if they would impede the development and peace of the state.

“There is room for improvement and we will improve. Because of the rivalry, we had mediated between both parties on many occasions, we are going to solve this at the root. We will do our job as the Government,” Fayinka stated.

He warned that the communique signed by both unions would be binding.

The meeting came to a close with a Memorandum of Understanding (MOU) duly signed by both NURTW and RTEAN.

It was agreed that none of the unions were to extort or collect tolls from trailers/trucks in any form of disguise.

Also contained in the MOU is the constitution of a Seven-Man Committee consisting of three members each from the unions and an official from the Ministry of Transportation to establish areas of conflict and recommendations within a month.