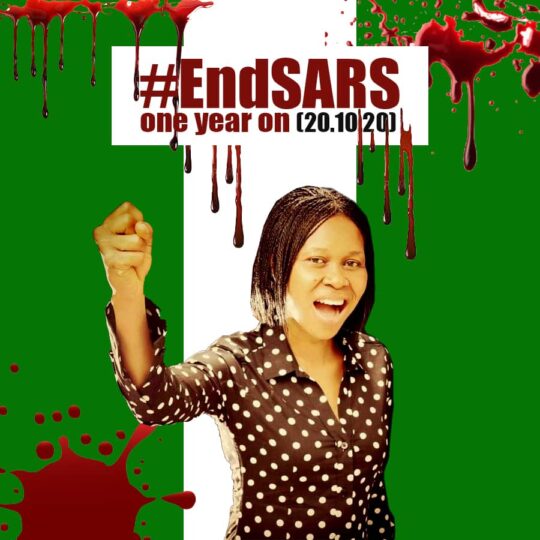 Okei-Odumakin joined the youths in marking one year of the #EndSARS protest in which the lives of some youths were lost.

The Centre for Change president, in a statement on Wednesday, said “One year after! We remember today all the young Nigerians killed or maimed during the #ENDSARS protests one year ago, in bizarre circumstances.

“We remember them because of the weight their memory places on our conscience as individuals who witnessed the gory sight.

“We remember them because we have neither addressed the grievances that led to the protests nor extricated ourselves from the miry clay of insensitivity and cluelessness that our youths stood up against.

“We remember them because, one year after, we have not moved an inch from a spot. The grievances which led to the protests and eventual killings remain fresh and unaddressed.”

Okei-Odumakin added: “We remember them because the panels of enquiry empanelled by government turned out to be dousers of agitation and silencers of the oppressed.

“But the collective voice of Nigerian youths rise today beyond the intentions of their killers. They cannot be silenced! Beyond the unknown graves, we remember them because of the loss-lines on fathers’ faces and the misery of mothers.

“Like biblical Abel, even though dead they nonetheless are still speaking through their peers who are fashioning out creative ways of protesting in a country where protest attracts the death sentence.

“If the Constitution okays protests but the police criminalize it, you then have a police operating against the law. So sad!”

According to her, “We stand in solidarity with protesters today as always. We team up with every Nigerian who, in protest or in solemnity, remembers the fallen and standing heroes of the #ENDSARS protest.