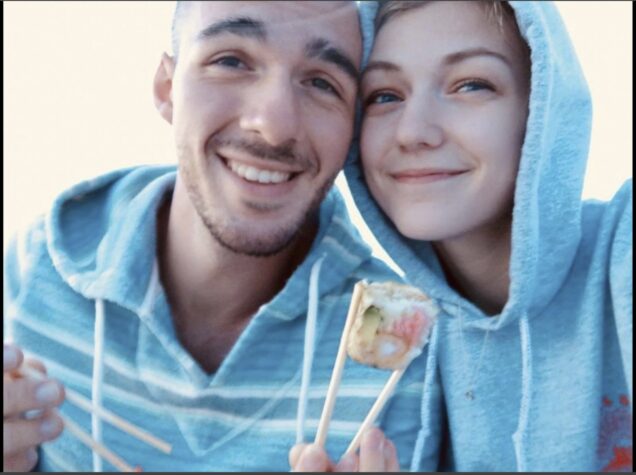 Human remains have been found near items belonging to 23 year-old Brian Laundrie, the only person of interest in the murder of U.S. hiker Gabby Petito.

The clothings were found today along a trail he frequented in the Florida wilderness, multiple media outlets reported.

Gabby Petito, was reported missing Sept. 11 by her parents while the couple were on a cross-country trip in the western United States.

The new evidence comes more than three weeks after Laundrie’s family reported him missing on Sept. 17, telling police they hadn’t seen him in three days.

A Sarasota County Medical Examiner has been called to the trail in the Myakkahatchee Creek Environmental Park, Reuters and CNN reported on Wednesday.

The FBI was processing a scene in Carlton Reserve, which is near the park, it said on Twitter.

The agency said, “Items of interest were located at the Carlton Reserve” on Wednesday morning in connection with the search for Laundrie.

Petito’s disappearance last month during a cross-country road trip with her boyfriend captivated the United States, first as an internet sensation and then as a tabloid mystery that grew more enigmatic by the day.

Petito was killed by strangulation, a local coroner said earlier this month.

Petito, 22, was last seen alive on Aug. 26. Her body was discovered near the remote Spread Creek Dispersed Campground in Bridger-Teton National Forest in western Wyoming.

Petito and Laundrie, who lived with Laundrie’s parents in North Port on Florida’s west coast, embarked on their trip in early July from New York’s Long Island, where her parents live.

Police in Utah released a video last month of an August encounter with the Florida woman tearfully describing a dispute she had on a road trip with her boyfriend, who was named a person of interest in her disappearance. read more

On Sept. 23, a federal grand jury in Wyoming indicted Laundrie on a charge of fraudulently using Petito’s bank debit card between Aug. 30 and Sept. 1 to spend $1,000 or more. He had not been charged in her death.