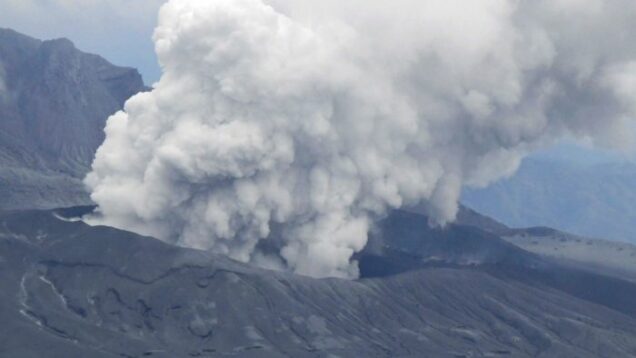 Mount Aso in southwestern Japan erupted on Wednesday morning sending thick clouds of ash up to 3,500 metres into the air, local media reported, according to Japanese broadcaster NHK.

The country’s Meteorological Agency has warned residents of the surrounding region on Kyushu, Japan’s most south-western main island, not to approach the 1,592-metre-high volcano under any circumstances.

There were initially no reports of injuries.

Japan is home to more than 100 active volcanoes, around 50 of which are constantly monitored.