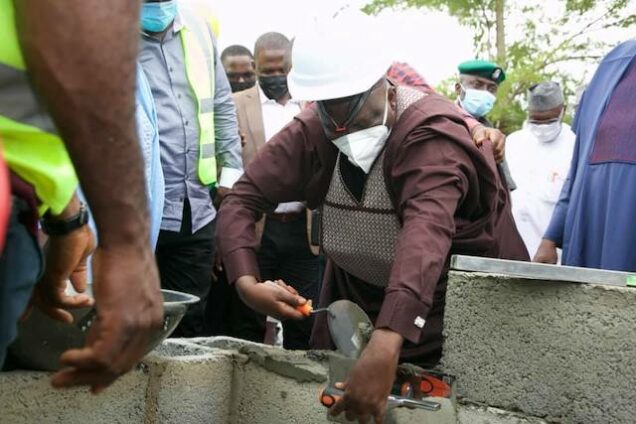 Senate President Ahmad Lawan on Wednesday flagged off the building of the permanent office of the National Assembly Service Commission (NASC) worth N11.65 billion.

The foundation-laying of the complex marked the end of a 20-year delay for the take-off of the building since the establishment of the commission in 2000.

“This is an important day for us and our democracy. We all recall how this arm of government, the legislature, has been doing disadvantaged because of its non-existence in the past.”

Lawan added that the management of the National Assembly would continue to be committed to releasing funds for the completion of the permanent office of NASC.

“With the 24-month duration for the completion of the project, we will ensure oversight because it is a critical project.”

Meanwhile, he urged the Federal Capital Territory Administration (FCTA) to expedite action on the processes of ensuring that the dilapidating parts of the National Assembly were rehabilitated.