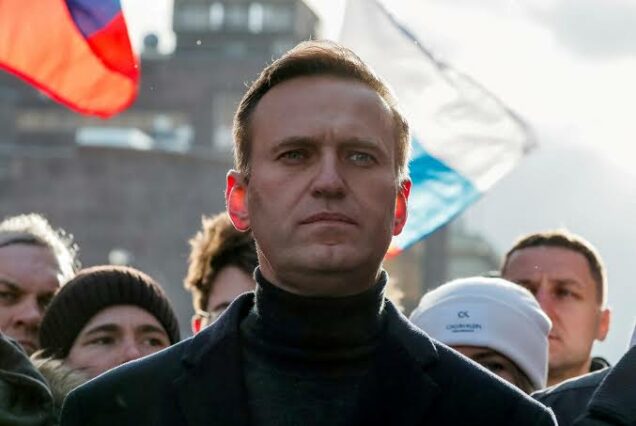 Alexei Navalny, the imprisoned Russian opposition leader, has been awarded the European Parliament’s Sakharov Prize for Freedom of Thought.

It was announced on Twitter by the European Parliament President David Sassoli, who noted Navalny’s fight against corruption.

“He has fought tirelessly against the corruption of [Russian President] Vladimir Putin’s regime. This cost him his liberty and nearly his life”.

“Today’s prize recognizes his immense bravery and we reiterate our call for his immediate release,” he said.

The two other finalists for the prize this year were a group of socially engaged Afghan women and former Bolivian interim president Jeanine Anez.

Lawyer and campaigner Navalny is one of the most prominent opponents of Putin.

He narrowly survived a poisoning attempt last year and was treated in Germany.

Experts in Germany and elsewhere concluded that Navalny had been poisoned with the nerve agent Novichok. The attack led to more international sanctions against Russia.

Putin has denied that he was behind the poisoning.

Navalny is currently imprisoned in a high-security penal colony, after being arrested and summarily sentenced on his return to Russia for violation of parole conditions while he was recovering in Germany from the poisoning.

He also faces further trials that could extend his sentence significantly.

NATO Secretary-General Jens Stoltenberg said the award for Navalny was “important recognition of the important role he has played for many years in supporting democratic values.”

The failed assassination attempt on Navalny fit into a pattern by which Russia had become “more oppressive at home and more aggressive abroad,” the former Norwegian prime minister said at a press conference in Brussels.

The prize is to be presented at a ceremony in Strasbourg on the 15th of December, 2021.