Beatrice reveals her strategy in BBNaija 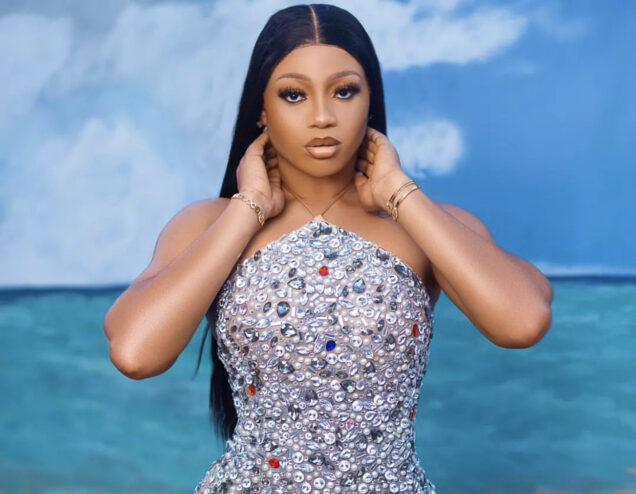 Ex-housemate of just concluded Big Brother Naija, Beatrice Tetenge has opened up to her followers on the reason she lied about having a boyfriend.

The Reality TV star had told her co-housemates she was in a serious relationship, adding that her boyfriend was handling her page and managing her business.

However, in a question and answer session with fans on Instagram, Beatrice disclosed that it was all part of her strategy when she lied about being in a relationship.

Screenshots of her conversations 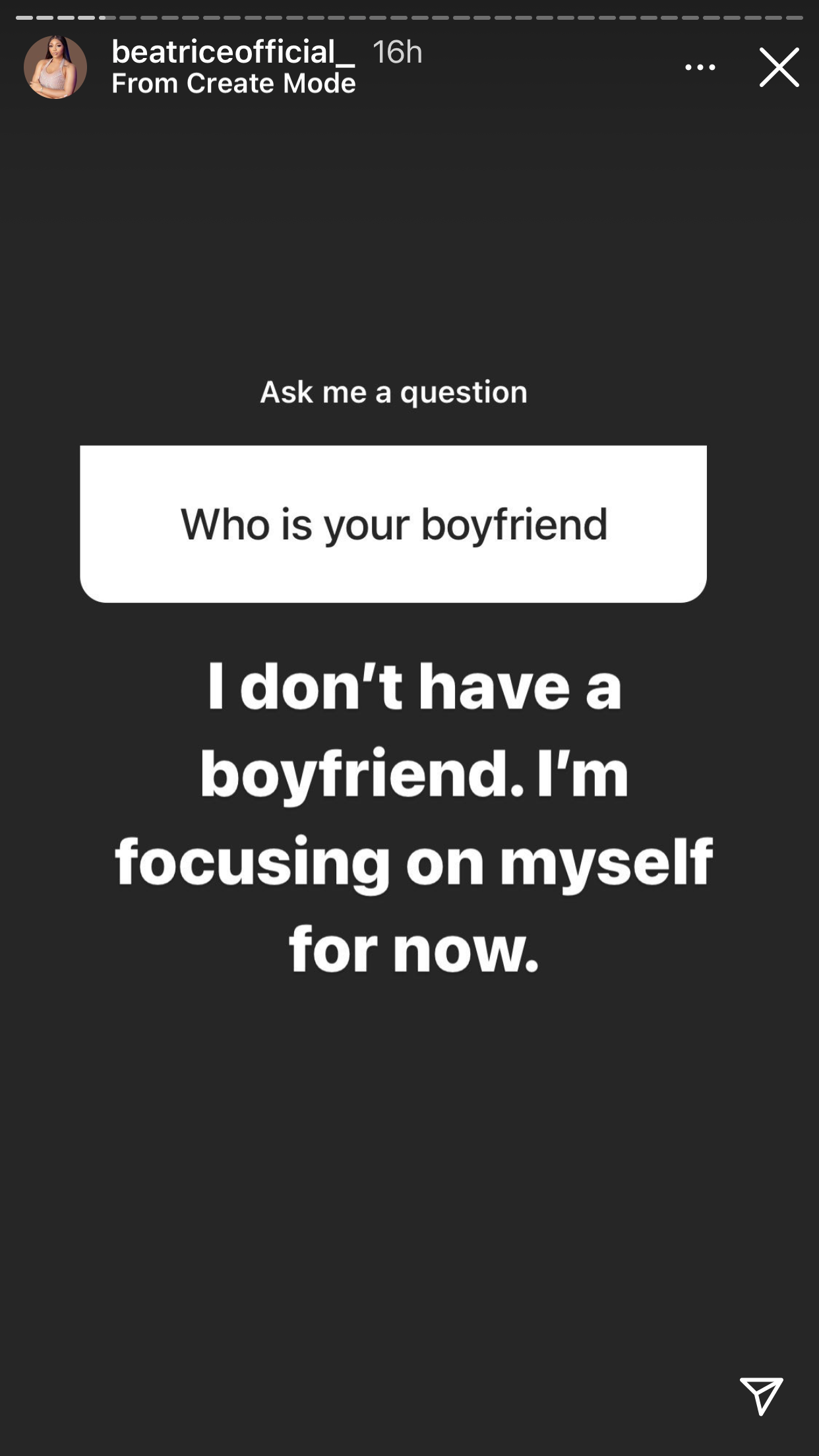 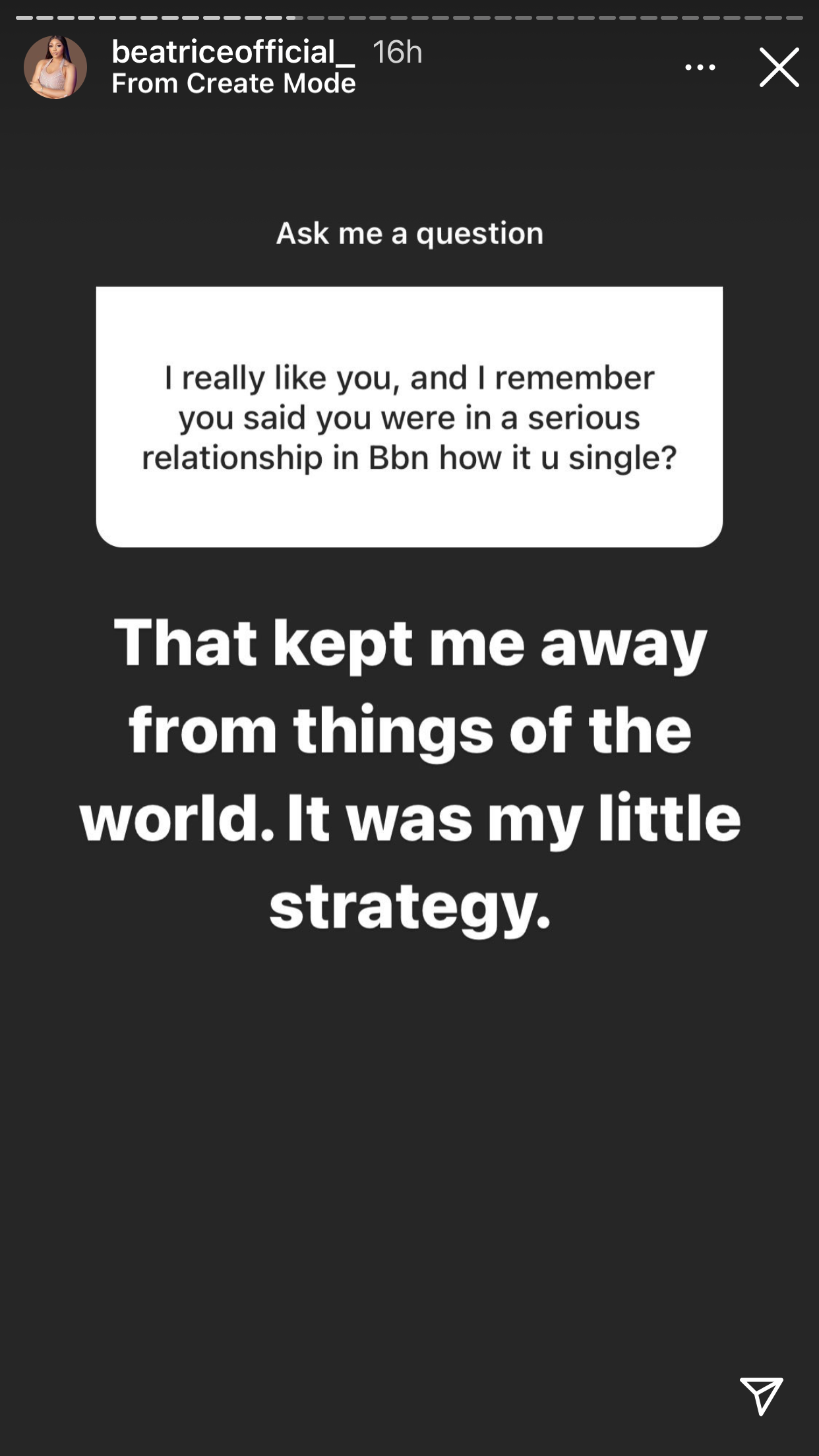 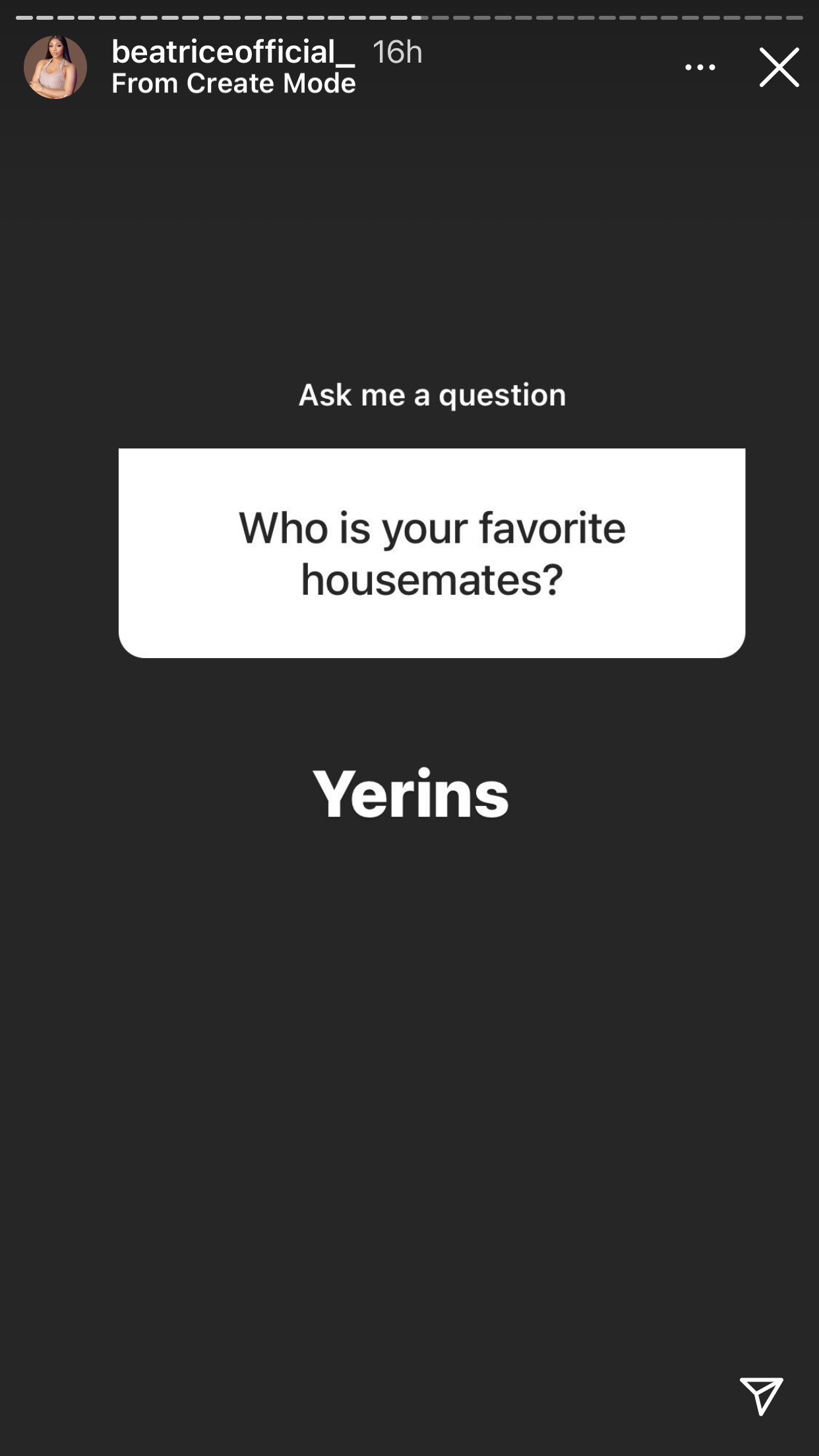 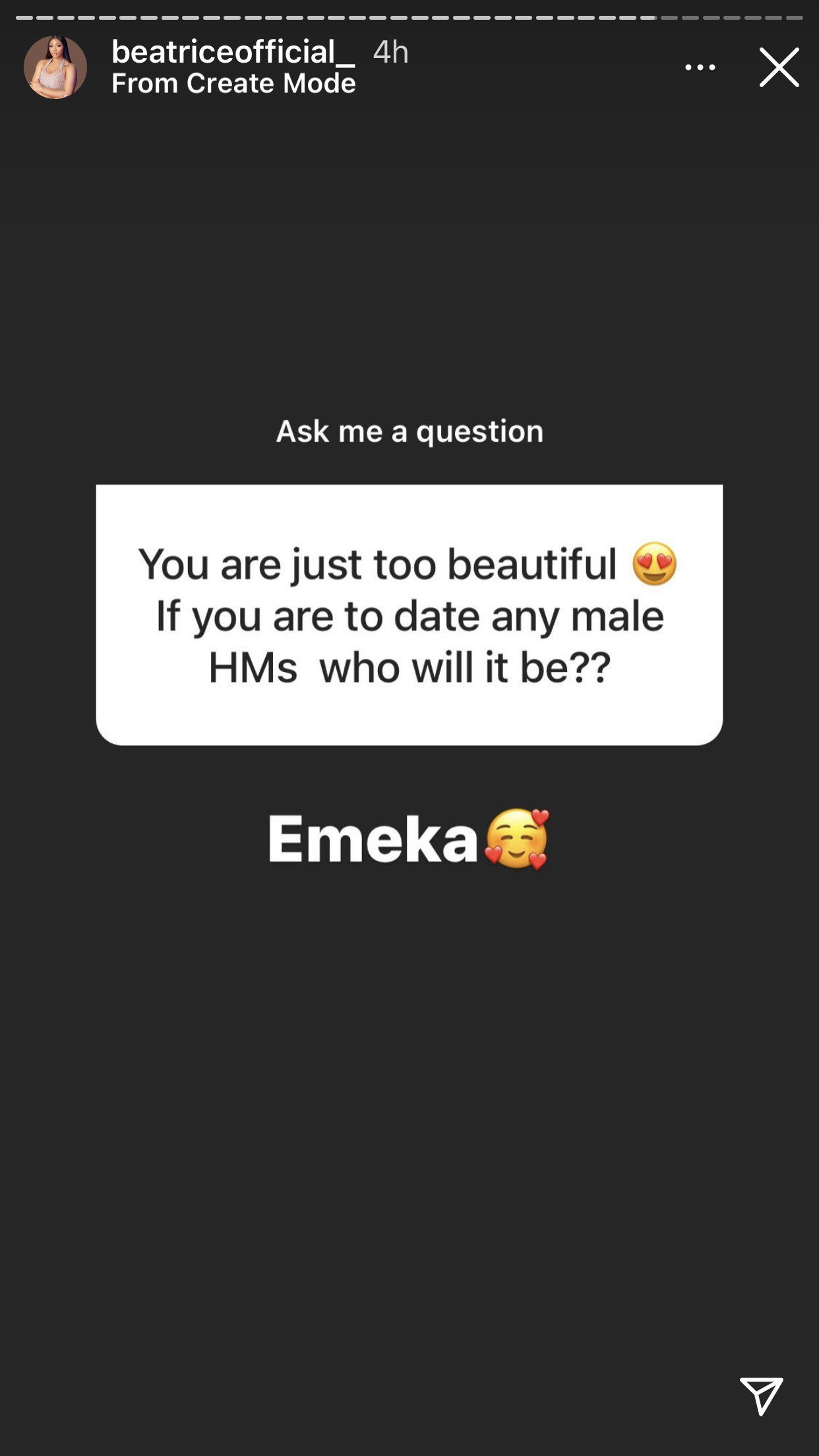 In other news, Last month, Beatrice blamed her early Eviction from the reality show on her refusal to do certain things on the show.

Beatrice stated that there are not much activities to be done in the house so most times housemates start doing weird and immoral things just to entertain viewers, and she wasnt ready to lose her core values, which was the reason viewers called her “boring”.