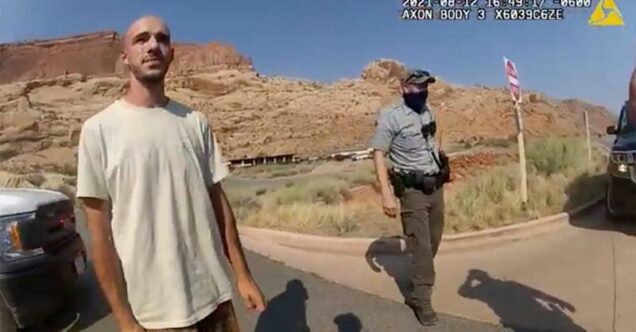 Brian Laundrie, the person of interest in the murder of 22 year-old U.S. hiker, Gabby Petito is dead.

The FBI in Denver confirmed today that the human remains and bones found in Florida Wilderness Park belonged to Laundrie.

“On October 21, 2021, a comparison of dental records confirmed that the human remains found at the T. Mabry Carlton, Jr. Memorial Reserve and Myakkahatchee Creek Environmental Park are those of Brian Laundrie”, it said.

Gabby Petito disappeared in late August, when on a camping expedition with fiance Laundrie.

Petito’s disappearance during a cross-country road trip with her boyfriend captivated the country, first as an internet sensation and then as a tabloid mystery that grew more enigmatic by the day.

Her body was discovered near the remote Spread Creek Dispersed Campground in Bridger-Teton National Forest in western Wyoming.

Medical examiners found that she had been strangled.

Petito and Laundrie, who lived with Laundrie’s parents in North Port on Florida’s west coast, embarked on their trip in early July from New York’s Long Island, where they had both attended high school.

Michael McPherson, special agent in charge at the FBI’s Tampa field office, told reporters on Wednesday that the personal items found in the Florida park included a notebook and backpack owned by Laundrie.

“These items were found in an area that up until recently have been underwater,” he said.

“Our evidence response team is on scene using all available forensic resources to process the area.”