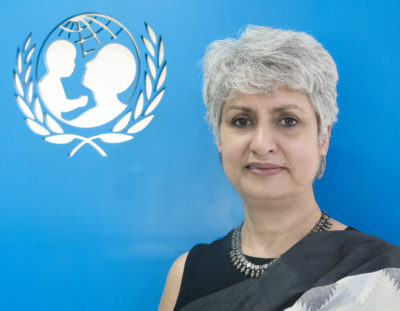 India on Thursday crossed the milestone of administering more than 1 billion COVID-19 vaccinations, raising hopes that its vaccine supplies would soon be available for poorer countries under the COVAX programme.

“This is a tremendous achievement, given the logistical complexity of administering 1 billion doses in less than a year, in a country as vast and diverse as India.

“We particularly look forward to hearing details about the expected timeline and volumes of supplies to be made available by the government of India to the COVAX facility,’’ UNICEF’s India representative Yasmin Ali Haque said in a statement.

India, one of the world’s largest manufacturers of vaccines, recently announced it would resume exports of COVID-19 vaccines which were stopped earlier this year.

The country’s vaccination roll-out began in January and has been marked by ups and downs, including shortages pulling down the pace of vaccinations and then a quick pick-up after production and raw material supply chain issues were resolved.

Around 75 per cent of the country’s adult population of an estimated 944 million had received a single shot of the vaccine and around 30 per cent had got both doses, according to the Ministry of Health.

Officials have acknowledged that the gap between the first and second dose numbers was a matter of concern but said this was being addressed.

The ministry has repeatedly said it aims to provide inoculations to the entire adult population by the end of the year.

AstraZeneca-Oxford University’s vaccine produced as Covishield by the Serum Institute of India has been the main vaccine used in India’s programme along with Covaxin manufactured by Indian firm Bharat Biotech.