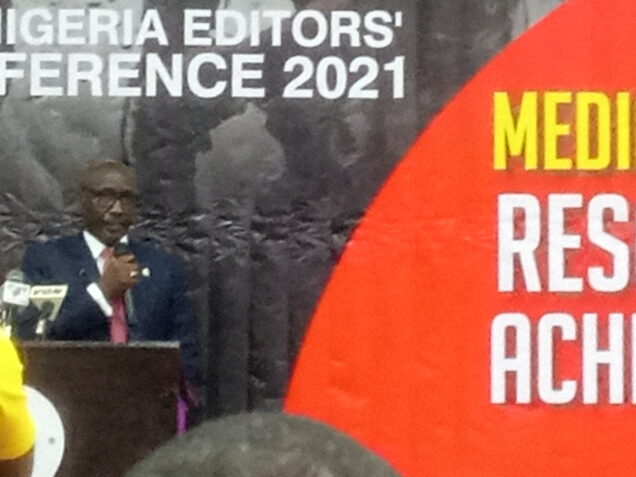 The Group Managing Director, Nigerian National Petroleum Corporation (NNPC), Malam Mele Kolo Kyari, today blamed the Nigerian elite class for the problem of perpetual fuel importation in the country. That is despite the abundance of crude oil in Nigeria and oil refineries in Port Harcourt, Warri and Kaduna.

He reacted to what Mr Ray Ekpu said in his opening remark at the ongoing All Editors Conference in Abuja. Ekpu said Nigeria should cover its face in shame that despite hydrocarbon deposits in the country, Nigeria keeps exporting crude oil and shamelessly importing refined fuel.
Kyari who spoke next blamed the elite class of Nigeria for the sorry states of the big refineries. In his words: “Since 1999, all attempts to do turn -around maintenance on the refineries in Warri, Port Harcourt and Kaduna have always ended in problems. You can blame NNPC but the elite class frustrated all efforts.”
He however, said that for the first time, NNPC is being allowed to do things the way they should be done. “We will fix the refineries and we will deliver soon,” he submitted.
Beyond the elite class, Kyari criticised the citizens of communities that are close to oil pipelines, who steal fuel. He cited the example of the Atlas Cove Jetty in Lagos where imported fuel is pumped to Mosimi in Ogun State, up to Ilorin in Kwara State. “You will be shocked to hear that religious organisations indulge in stealing. When I said religious groups, I mean Christians and Muslims. We discovered jerry cans of stolen fuel in some churches and mosques!”
He however said that with the cooperation of security agencies, NNPC had been able to “reduce oil theft from 20 per cent to 4 per cent.”