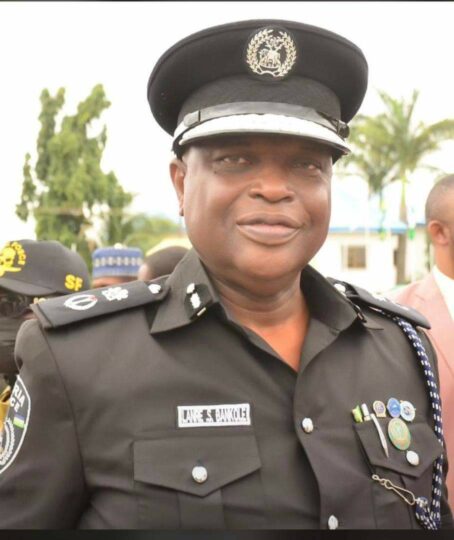 The National Association of Nigerian Students (NANS) has demanded the immediate redeployment of the new Ogun State Commissioner of Police, CP Lanre Bankole over abuse of power.

NANS made the call during a press conference led by its Deputy Coordinator in Southwest, Comrade Oladimeji Uthman, held at the Ogun NUJ Secretariat, Okelewo Abeokuta.

NANS accused the newly deployed CP of unlawfully arresting one Olawale Balogun, a former NANS chairman in the state as a political thug without any proof.

Uthman alleged that Bankole and his men detained and paraded Balogun without having concrete evidence against him.

The Police on Monday claimed to have arrested six suspects with guns and ammunition in relation to the attack that happened at Ake Palace during a factional congress of All Progressives Congress last week Saturday.

The police boss while parading the suspects claimed Balogun and five others were arrested with a Hilux van, loaded with guns and ammunition.

The students’ body described the claim by Bankole as a ‘lie from hell,’ which he could not substantiate.

Uthman claimed Balogun was arrested while crossing the road at Ake and not in a Hilux van as claimed by the Police boss.

He, however, described the action of the police as ‘heinous’ against Balogun and the people of the state.

He said the action contravened the Human rights charter and section 41(1) of the 1999 constitution of the Federal Republic of Nigeria (as amended) which guarantees the free movement of Nigerians within Nigeria without hindrance.

“The police arrested Comrade Olawale Balogun against this background even when nothing incriminating was found on him.

`’ The Nigeria police under CP Lanre Bankole immediately spinned the narration to accommodate the evil plots orchestrated by his men and levied charges against the innocent Comrade Balogun.

“The the real culprits who perpetrated the evil continue to move freely around the state even when their pictures captured in actions are all over on the internet for more than 48 hours now.

“No single arrest by CP Lanre Bankole has been made and we as a student of history are really waiting to see how life and properties under his watch will be protected in Ogun state.

“While acting unprofessionally and to remain a ‘good-boy’ before his paymasters, CP Lanre Sikiru Bankole has remained incommunicado to the student constituency in the state and beyond in order to fleshen and finish the deadly job he has taken instead of protecting lives and properties of Nigerians in Ogun state.

“He has assigned to himself the awful task of being used by politicians of no substance to cause havoc with the aim of settling political scores in the state. Wale Balogun is neither a politician nor thug and as such, must be freed,” Uthman said.

He further added that “CP Lanre Bankole has also proven to be inexperienced, compromised, corrupt, lack basic intelligence and cannot handle the job assigned to him by the Nigeria Police Force and the Police Service Commission as a police commissioner in the Gateway State.

NANS also gave a 12-hour deadline to the Inspector General of Police, Usman Alkali Baba and the Police Service Commission to yield to the demands of the students’ body.

“CP Lanre Bankole has murdered sleep in his first six days as Police Commissioner in Ogun State and therefore, should be redeployed out of the state for peace and security of residents of the state,” he added.