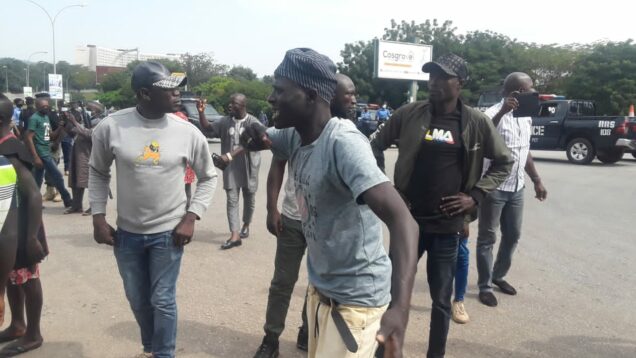 Omoyele Sowore, the publisher of Saharareporters, was attacked at the premises of Federal High Court, Abuja, during the trial of Nnamdi Kanu on Thursday.

Sowore, who was there to witness the trial, was attacked despite the heavy presence of security operatives.

The hoodlums suspected to be sponsored approached the activists and it took the intervention of journalists before he was rescued.

It was also gathered that the hoodlums came with a petrol bomb.

However, Security operatives later arrested a couple of the hoodlums after journalists at the scene challenged them.

Watch a short clip from the incident below: