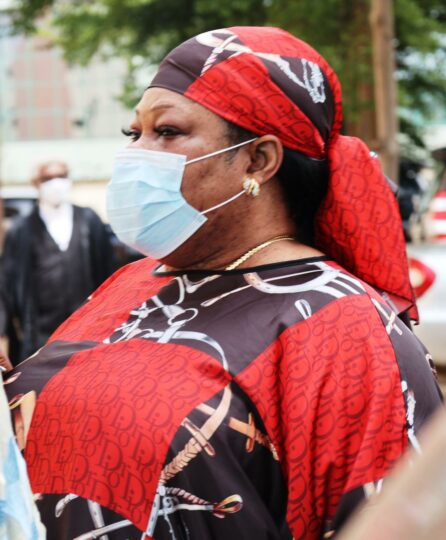 The court in addition adjourned the matter until Nov.8 for a hearing.

The court adopted the administrative bail conditions already granted the defendant by the Economic and Financial Crimes Commission( EFCC).

The conditions stated that the defendant provided two assistant directors in government establishments as sureties.

The judge, Justice Maryam Hassan in addition to the ruling directed that the travel documents of the defendant be submitted at the court’s registry.

The court had on Thursday ordered that the defendant be remanded in EFCC’s custody pending Friday’s ruling on the bail application as brought by the defendant’s counsel, Paul Erokoro, SAN.

Olejeme is charged with criminal conspiracy, abuse of oﬃce, diversion of public funds and money laundering.

The offense was allegedly committed between 2012 and 2015 when she was the board chairman of the NSITF.

The nine-count charge bordering on mismanagement, giving a false statement, taking a kickback from contracts, and diversion of NSITF funds into personal accounts and companies she had an interest in, formed the basis for the defendant’s arraignment.

One of the charges alleged that the funds were diverted through the award of suspicious contracts to proxy companies.

The defendant, however, pleaded not guilty to the charge preferred against her.

Erokoro on his part then moved the bail application for his client.