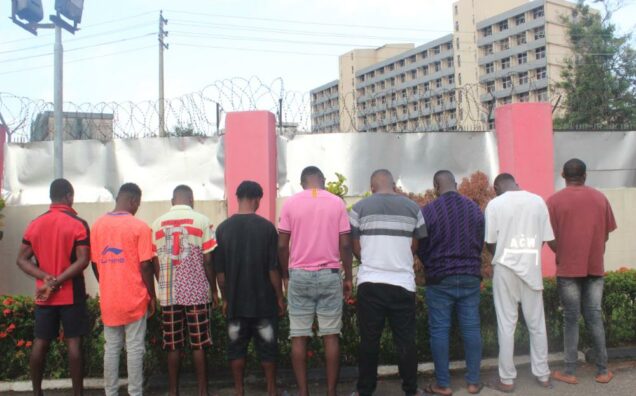 According to a statement by Wilson Uwujaren, EFCC’s spokesperson, the suspects were arrested in the early hours of Friday at their hideout sequel to actionable intelligence.

Mobile phones and a Lexus ES 350 are exhibits recovered from the suspects.

Uwujaren said that the suspects have made useful statements and would be arraigned in court as soon as the investigations are completed.