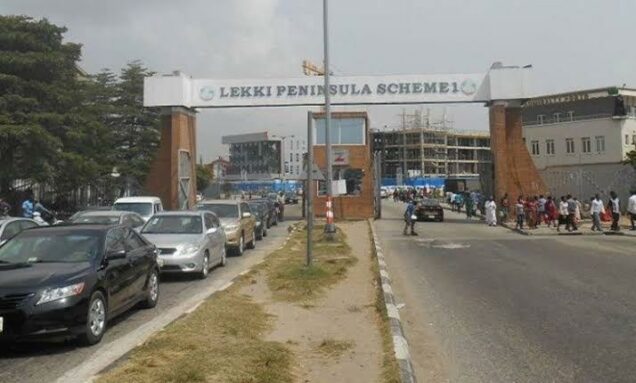 Lekki Estates Residents and Stakeholders Association (LERSA) said it is building a block of office space to be donated to the Ajiwe Police Station.

This, they said, is part of its contribution to effective policing around the Lekki corridor.

This was disclosed in a press release issued by the association after its members visited the site on Tuesday.

According to the statement, the office space, which is 95% completed, will be commissioned and handed over to the Nigeria Police Force.

The association explained that it took the step to build the office space to provide accommodation for the police station, which was destroyed during last year’s #ENDSARS protests.

“LERSA approved and released the sum of N8.5M for the project which is raised from the members through the donation of cash and materials.

“As of today, we would like to thank God that this project is 95% completed, just waiting for the painting and the completion of the toilet and bathroom, for the building to be fully delivered to the Inspector-General of Police through the Lagos State Police Commissioner.

“You will also recall that LERSA has between the 20th of October 2020 and today, donated two vehicles to the Nigerian Police to assist them in the discharge of their duties,” the association stated.

In addition, LERSA stated that it has intervened in various ways to bring relief to security operatives since protests, notably through the donations of canopies as temporary accommodation to enable Ajiwe Police Station to commence work after the destruction.

Also, a power generating set, chairs and other relief materials were donated to lessen the impact of the protests on the police station.

It promised to continue intervening in ways that will positively affect the lives of citizens in the Lekki corridor.

Meanwhile, the association expressed appreciation to the Lagos State government to which it said it intermittently runs for the maintenance of roads in the axis and progress in the construction of the Lekki regional road.

However, LERSA expressed the belief that the government would fulfil its promise to start building the coastal road before the end of its term in office.

LERSA said it would continue to pray for a peaceful Lagos and a Lekki Peninsula that will be conducive to living, tourism and business.