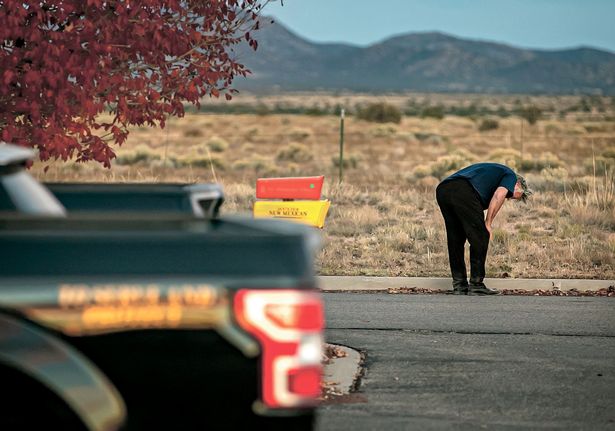 Hollywood actor Alec Baldwin appeared distraught after he accidentally killed a crew member Halyna Hutchins on the set of his new film.

The actor was pictured doubled over in agony outside the sheriff’s office on Thursday.

The movie star, 63, fired a prop gun which is believed to have fatally wounded director of photography Halyna Hutchins, 42.

The accident on the set of Rust in Santa Fe, New Mexico also left director Joel Souza, 48, in critical condition in hospital. He has since been discharged.

According to The Mirror, Police are yet to file any charges against the actor but Baldwin had been questioned in the aftermath of the shooting.

A Santa Fe Sheriff’s Department official said: “Mr. Baldwin was questioned by investigators and released. No arrests or charges have been filed.

“This investigation remains open and active. No charges have been filed in regard to this incident. Witnesses continue to be interviewed by detectives.”