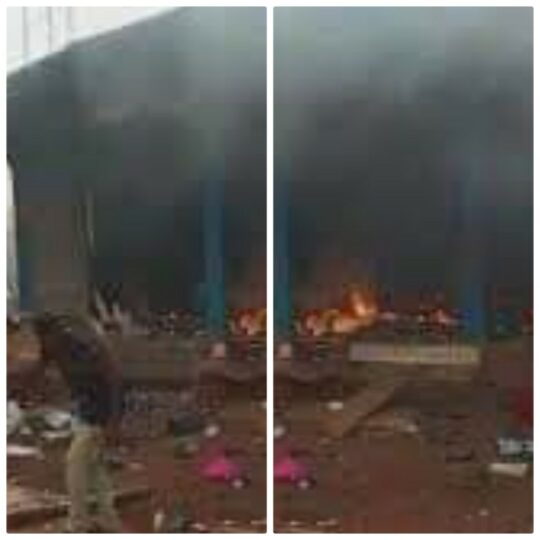 CSP Michael Abattam who confirmed the incident said the terrorists arrived in five cars and three motorcycles at about 6 p.m. on Thursday.

Abattam said the station building which was already compromised during the October 2020 #EndSARS protests was further damaged by the petrol bombs.

Abattam added that the police were able to repel the terrorists who fled when the police returned fire.

He stated that one officer was injured in the attack, but no arm was lost.

According to Abattam, the Commissioner of Police in the state, Rabiu Hussaini, appealed to residents to help to protect police stations and assist the police to arrest the fleeing assailants.

CP Hussaini commended officers and men of the division for their gallantry in repelling the attack and urged them to sustain the tempo.

He also thanked the people of the state for their “unflinching support’’.

He enjoined them to continue to work in synergy with the police and other security agencies to combat crime.