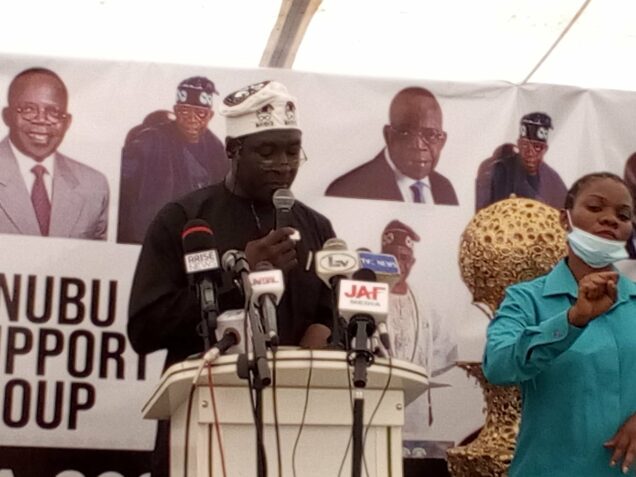 Another group supporting former governor of Lagos State, Bola Tinubu to become president in 2023 has been inaugurated in Abuja.

Director General of the Tinubu Support Group (TSG), Arc. Umar Ibrahim Mohammed called on the State Steering Committee to harmonize their activities with other interest groups.

The inauguration which held on Saturday was attended by other members of the group from all 36 states of Nigeria.

The TSG DG said the silent majority of followers were at the grassroots charging members to go and inaugurate the Local Government teams immediately.

He also charged them to deepen the activities of the group at the grassroots across the nation.

He said the ex-governor would consolidate on gains of President Muhammadu Buhari administration in 2023.