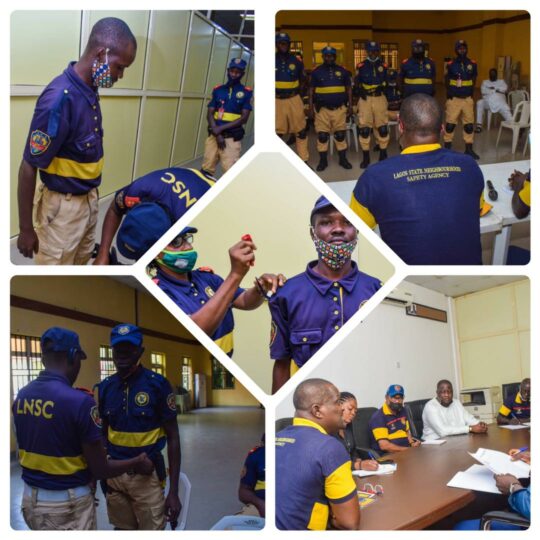 The Lagos State Neighbourhood Safety Agency (LNSA) has suspended two of its officers involved in unruly behaviour and acts of misconduct towards an Uber driver, Adedotun Clement during the #EndSARS protest at Lekki tollgate.

The General Manager of the Agency, Prince Ifalade Oyekan, said the behaviour of the two officers in the viral video on social media was inappropriate and unbecoming of any member of the corps.

He explained that the two officers and their supervisor had faced a disciplinary committee for assaulting a member of the public.

He declared that the committee found the two officers guilty of the charge of misconduct and that they were immediately suspended from the Agency while further investigations were ongoing to determine other appropriate disciplinary action against them in order to serve as a deterrent to others.

Oyekan reiterated the readiness of the Corps to ensure the safety of lives and property.

He appealed to all its officers to imbibe the highest level of professionalism while carrying out their official duties of ensuring the safety of lives and property of residents working, living and doing businesses in the State.

The General Manager, however, apologised to the victim, stressing that the gtate Government placed a high premium on its relationship with all residents, who are the Agency’s partners in achieving its mandate and assured that the ugly incident would not repeat itself.