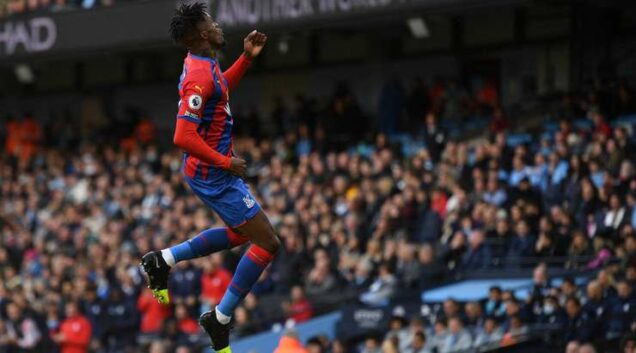 Manchester City have crushed Brighton 4-1 at the Etihad Stadium after a fantastic attacking display.

City were 3-0 up in the first half, with Phil Foden grabbing a brace and Ilkay Gundogan getting the other.

Substitute Riyad Mahrez got the fourth goal while Brighton’s Alexis Mac Allister scored a consolation goal from the penalty spot.

Much of their first-half demolition job came from a sparkling Foden display. In typical Manchester City fashion, the champions dominated possession of the ball from the first whistle, and that domination bore fruit only 13 minutes into the game.

After Brighton goalkeeper Robert Sánchez fumbled the ball, a bicycle-kick shot on goal from Bernardo Silva fell into the path of İlkay Gündoğan, who tapped home to give City a well-deserved lead.

It then went from bad to worse for the ‘Seagulls’, when a superb counter-attack by City ended with Jack Grealish sliding the ball across the box to Foden, who managed to stab the ball into the roof of the net with a defender bearing down on him.

A small touch from Foden on a Gabriel Jesus shot gave Pep Guardiola’s men a third goal only three minutes later to effectively put the game to bed, sending the travelling City supporters into party-mode.

Brighton grew into the match as time went on in the second half, cooling down City’s red-hot attack from the first interval. The hosts grabbed a small foothold in the match with ten minutes left, when Alexis Mac Allister scored from the penalty spot after City goalkeeper Ederson took down Enock Mwepu in the box, forcing the referee to give Brighton a spot-kick.

Though long comfortable winners, the defending Premier League champions were able to take the sting out of any Brighton comeback, and capped off a fine performance with a late Riyad Mahrez goal in stoppage time to finish the match as winners by a margin of three or more goals here for the third time in four seasons.

The defeat for Brighton won’t be a shock, though the result represents Brighton’s first home defeat in the Premier League since late August.

City, meanwhile, remain firmly in the title mix after boosting their H2H record to eight wins in nine Premier League matches against the ‘Albion’.