My father was jailed - Atiku Abubakar 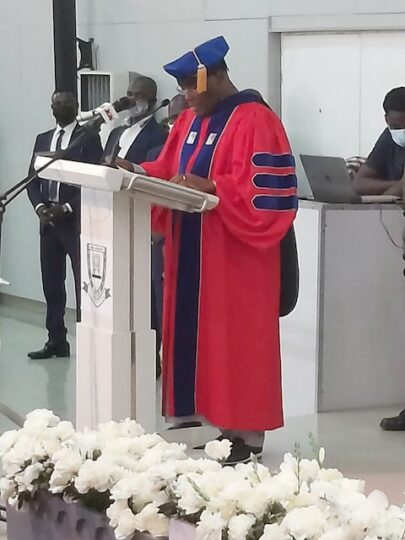 Former Vice-President Atiku Abubakar said his father was jailed for failing to send him to school.

Atiku said his father later embraced the idea of education and despite his humble background he enjoyed quality education free of charge.

The presidential candidate of the People’s Democratic Party (PDP) in the 2019 election stated this while delivering a speech at the Baze University Graduation ceremony in Abuja on Friday.

In his speech titled, ‘Solving Nigeria’s Education Challenges’, Atiku said when he was young, anytime he came back from primary school, he would take his neighbour’s cattle to the bush for rearing in exchange for grains that he gave to his grandparents to feed the household.

“I was a schoolboy and a herdsboy, and I fed my family,” he said.

“When I was 11 years old, my father drowned and died while crossing a river in the neighbourhood. He was not up to 40 years.

“Being an only child, I was raised by my maternal grandparents. I remember, sometimes we could barely afford one meal a day.

“Despite my difficult background, I went to school for free, in fact, I was paid to go to school.

“Initially, my father did not buy the idea of me going to school, for which he had to go to jail. I furthered my education to other tertiary institutions. I was the Students Union President at the School of Hygiene, Kano.

“My journey to education is different from yours. Your parents may have paid tuition fees for your education, but you did not have to rear cattle for food. However, both you and I got educated eventually. The paths may be different; nonetheless the destination remains the same. Let us help others to reach their destination too.”

He said without education, he might not have gone this far in life.