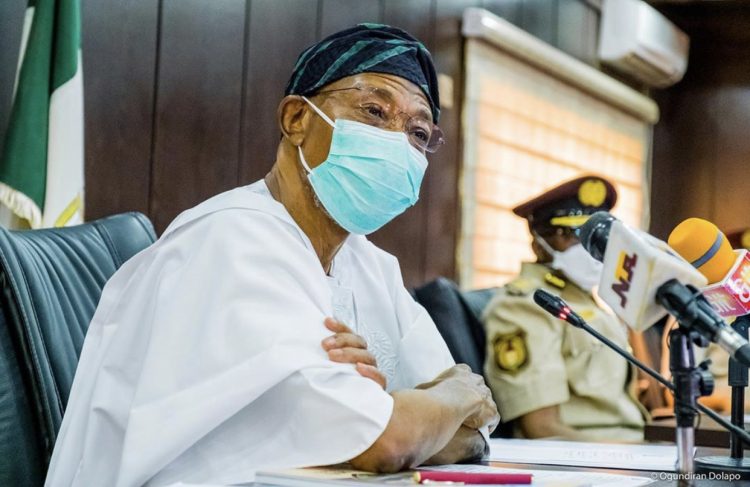 The Ministry of Interior has urged fleeing inmates of the Abolongo Custodial Centre, Oyo State to return as escape from lawful custody is a serious offence.

The ministry said this in a statement on Saturday by Sola Fasure, Media Adviser to Minister of Interior, Ogbeni Rauf Aregbesola titled ‘Armed Attack On Abolongo Custodial Centre.’

Fasure revealed that the Minister is monitoring the situation as he urged the public to report any suspicious movement or sign of the escaped inmates and gunmen.

He also revealed that some of the fleeing inmates have been rearrested while others returned voluntarily.

Fasure urged members of the public not to panic and go about their daily business as the situation is under control.

“This has led to the capture of some of the inmates while others returned voluntarily. However, those who are on the run are advised to turn themselves in, as escape from lawful custody is a serious offence. The full weight of the law will be brought on them when arrested!”