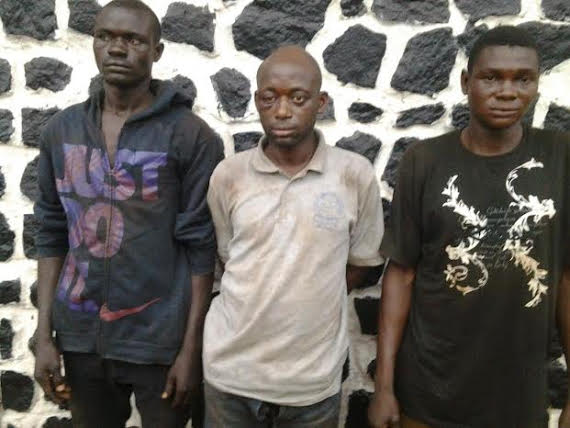 File: Kidnap suspects arrested by the police in Kogi State in 2016

They were arrested following an intelligence-led operations to contain the activities of criminal elements in the area.

In a statement by DSP William Aya, PPRO of Kogi State police command on Saturday , he noted that the arrested suspects have confessed to be members of a gang responsible for kidnapping along Itobe – Anyigba Highway.

“During preliminary investigation, one of the suspects gave useful information that led to arrest of another suspect named Adejoh Tijani of the same address on 22/10/2021 at about 8.30am.

The PPRO said exhibits which include One cut to size single barrel gun, one locally-made pistol, one POS machine, one battle axe, one face mask, five live cartridges, and some assorted charms were recovered from the suspects.

He said efforts are on to arrest other members of the gang.

He said the arrested suspects will be charged to court at the conclusion of investigations.