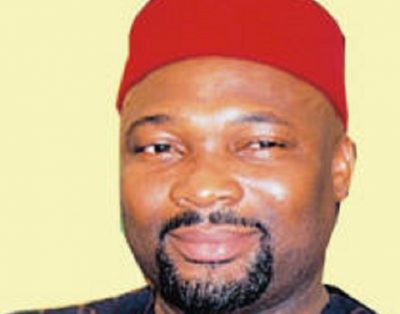 The Chairman of Emohua Local Government Area of Rivers State, Dr Chidi Lloyd, has said security operatives were complicit in the petroleum pipeline explosion that claimed the lives of at least 27 persons on Thursday.

Llyod who was reacting for the first time to the tragic incident in Rumuekpe community also blamed youths in the area who he said have refused to heed to several warnings issued by the local government on the dangers of the illegal refining of crude oil business.

“The first thing I did on assumption of Office as a Emohua local government Council Chairman was to set up a committee on the illegal artisanal refining. I have two Special Assistants whose main duty is to go round the communities to educate them on the dangers of illegal business.

“Just last week, we also had sensitization and awareness campaign, which was attended by the top brass of the military, Civil Defence and other security agencies overseeing the area in attendance. I complained that the people in area no longer breathe in free air due to cancerous soot emissions from the illegal refining,” said Lloyd.

He regretted that the fighting the illegal business popularly known in Niger Delta as “Kponfire” has been difficult due to the active connivance between security personnel and the perpetrators.

Lloyd said “I told the Garrison Commander that men in military uniform (I don’t know whether military men) and men in the Civil Defence Uniform ( I don’t know whether they are impersonating), are part of the activities going on, that have destroyed the environment in my local government and every resident is a potential cancer patient.”

PM NEWS reports that illegal artisanal refining of petroleum products have become a major source of quick income for many in the Niger Delta even as it continue to cause environmental hazards occasioned by soot and pollution with attendant health issues in the region.

The River Police Command Public Relations Officer (PPRO), SP Nnamdi Omoni, confirmed the explosion of the pipeline with many casualties on Friday.

Omoni said he was yet to ascertain the number of casualties, adding that the State Police Command has deployed personnel to ensure there is no breakdown of law and order in the community where the incident occurred.