Andy Uba: Why I wept during campaign for Anambra election 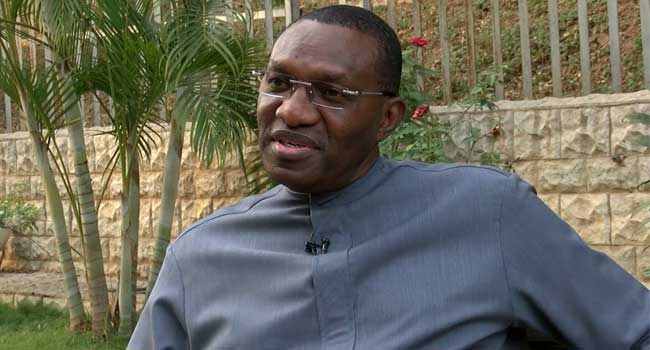 Andy Uba, the candidate of APC in Anambra governorship election: reveals why he wept during his campaign visits to some communities in the state.

Sen. Andy Uba, the candidate of All Progressives Congress, APC in the November 6 Anambra Governorship election, has said that he said that he wept and was deeply touched by the poor road network he saw during his campaign visits to some communities in the state.

Uba in a statement signed by his Director Media and Publicity, Mr Afam Ogene on Sunday in Awka listed some of the communities where the condition of the roads brought tears to his eyes to include Ojoto and Ogidi in Idemili South and Idemili North Local Government Areas of the state.

“For us to get to Ojoto and Ogidi communities respectively, we had to traverse several communities – all sitting on good roads built around 15 years ago.

“But since we flagged off our local government campaigns in Onitsha North and South federal constituency, to Anambra East and West, Oyi and Ayamelum, it has been one hellish movement after another, leaving me with so many questions.

Uba said the culture of poor quality road construction across the state must stop as the badly done roads have cost the state huge losses as funds which ought to be channeled to other sectors, would now be used to rehabilitate roads.

“Immediately my government is inaugurated, by the Grace of God, we would face, head on, the issues of potholes in the state alongside erosion, and subsequently build quality roads that will stand the test of longevity.

Andy Uba praised the ingenuity of Senator Chris Ngige, the APC leader in the state, for building durable road networks that have lasted beyond 15 years, and at a time when the revenue of the state was still meager.

The APC governorship candidate assured the electorate that he would return the state to the glory days of good connectivity in road network across all 21 local government areas (LGAs) as was experienced under Ngige.

“These communities were reference points when you talk of good network of roads in south east under Gov. Ngige, I will bring back the lost glory by God’s grace, I seek your mandate,” he pleaded.

Okafor urged the voters to stand with him, a proud brother, and son of the area to jointly restore the lost glory of the state and the area in particular.

The statement said that Okafor promised not to let the communities and the state down as APC means well for the state.

According to the statement, a former member of the House of Representatives, Idemili North and South, Mr Ifeanyi Ibezi who is also the Deputy Director-general of the Sen.Andy Uba Campaign Organisation, urged the electorate to vote for APC.

Ibezim said that the people of Idemili communities have benefited enormously from the APC and so it was time to the pay back with bountiful harvest of votes.

He urged the electorate to disregard the campaign of calumny been peddled by some people that the APC is for non Igbo’s but reassured the people that it is a national party.

Ibezim said that Igbo’s need to be part of the national party to have a say in the mode of governance both at the state and federal levels.

Adinuba said that APC candidate in Anambra lacks information about road infrastructure in Anambra, saying that the state is one with the best road network in South East.

He said that Anambra has a maintenance culture as its routine.