AS Roma end Napoli's winning run, but Mourinho sent to the stands 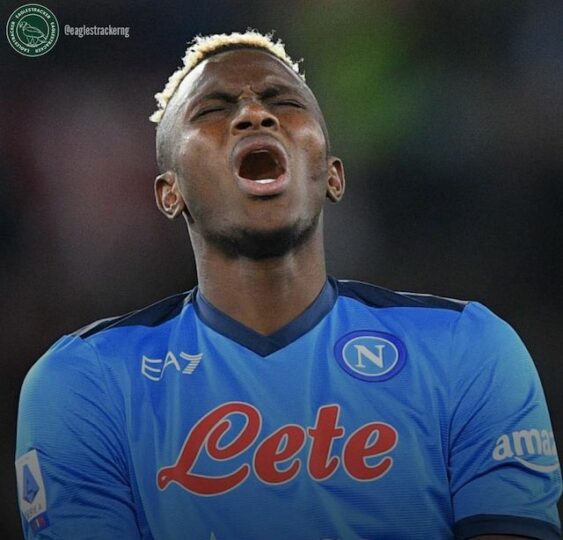 AS Roma coach Jose Mourinho was sent off to the stands as his side drew 0-0 with Napoli on Sunday, thus ending their winning start to the Serie A season.

Napoli came into the contest having won their opening eight Serie A matches this season and dominated much of Sunday’s showdown, with Victor Osimhen denied by the post in the second half.

Tammy Abraham had the best of their chances, slotting wide from a good position in the first half.

As a frustrating Roma struggled in the second half, it got too much for Mourinho late on, and he was sent off for protesting with the referee.

Nigerian striker Osimhen thought he had won it at the death, but his header was ruled out for offside, with the point for Napoli enough to move them back to the top of the standings, above AC Milan on goal difference.

After making an impressive start to the season themselves, Roma have now won two of their last six league games to sit fourth.

“I was asking for a situation in our favour, but I didn’t say anything special, nothing that warranted being sent off for,” Mourinho told DAZN.

Elsewhere in Serie A on Sunday, Giovanni Simeone, eldest son of Atletico Madrid manager Diego Simeone, scored all four goals as Hellas Verona beat Lazio 4-1, while Fiorentina cruised to a 3-0 win over Cagliari.

Roma came into Sunday’s capital clash having been humiliated 6-1 by Norwegian team Bodo/Glimt in the Europa Conference League in midweek – the first time Mourinho has seen one of his teams concede six goals in a game.

But the hosts never really got going in the Stadio Olimpico, something their manager did not appreciate, as he was shown a yellow card by the referee in the first half for coming out of his technical area, before then getting himself sent off for being enraged that his side were not awarded a free kick.

At the end of a bad tempered match, Napoli boss Luciano Spalletti was also sent off after the final whistle.