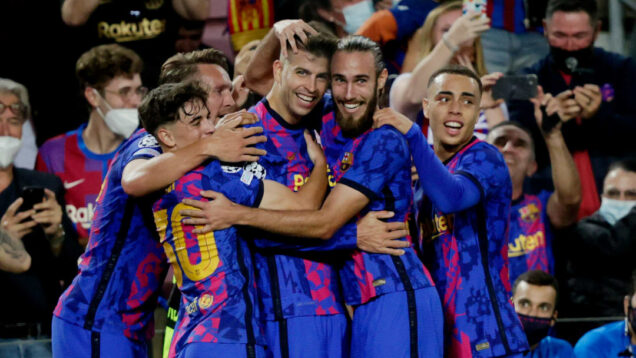 Barcelona have published their squad list for today’s El Clasico against Real Madrid.

According to the list, Jordi Alba will be available even though he appeared to be questionable after Barcelona’s match against Dynamo Kyiv this past Wednesday.

However, this is not a very deep Barça team but they still have a quality starting lineup who could very well hurt Real Madrid defensively.

Ansu Fati and Memphis will be two players to watch and Carlo Ancelotti’s choice for the right-back spot could decide the outcome of the match for Los Blancos, given that Barcelona always like to play through their left side.

Coutinho and Agüero are expected to start the game on the bench and could play some minutes during the second half if Koeman wants a different look offensively.

The midfield and the battle for the possession of the ball will be interesting too, but Madrid could decide to defend and wait for some counterattacks where Barcelona are more vulnerable, given that Vinicius also likes that aspect of his game.