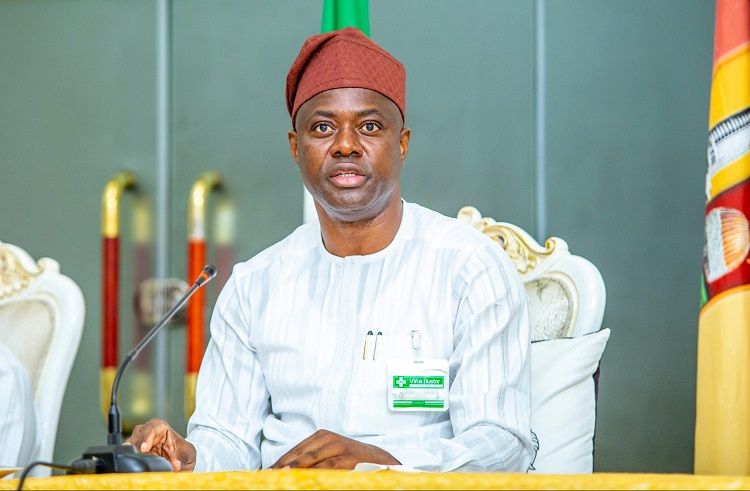 Governor Seyi Makinde said security operatives were ambushed during the attack on the Abolongo custodial centre in Oyo town.

Makinde stated this during a TV broadcast on Saturday evening on the Oyo State Broadcasting Corporation.

He said an army official and one Amotekun official were killed during the attack.

The governor added that a female Amotekun operative was also badly injured during the attack.

“Our security men were ambushed. As a result, we lost two of our security agents – a corporal of the Nigerian Army attached to ‘Operation Burst’, and an operative of the Oyo state Amotekun corps, Tijani Sadiq Babatunde.

“Aside from the two lives lost, we had several operatives injured. I must mention that one of our Amotekun female volunteers, Shukurat Omoba, is presently in critical condition.

“I have visited her at the hospital, and we are deploying all state resources to ensure that she survives this. Please, let us all join in prayer for her speedy and complete recovery.

“Although some inmates have been recovered and taken back into custody, some are still at large. All security agencies have been placed on high alert to ensure that all that escaped are rearrested and returned to custody.

The Governor told residents of Oyo town to remain calm as an investigation into the attack had begun.