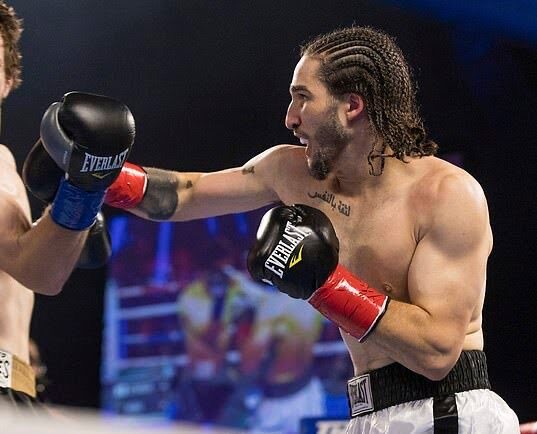 He ended the fight with a right blow on his opponent despite getting hit first in the opening round of the match.

He stung Westley II, who was also in his second fight. Ali Walsh turned up the heat in the second round cracking his opponent down the centre and dropping him to the floor.

The grandson of the legendary boxer came out for the third round hunting the stoppage and quickly landed his straight right hand again, forcing Westley II onto a knee.

Wesley’s team threw in the towel afterward as Ali Walsh extended his unbeaten start in boxing.

“I know the crowd got excited seeing him hit me with a punch but I truly didn’t feel it,” said Ali Walsh.

“I’m happy this fight went the way I did. There is stuff I need to work on.”