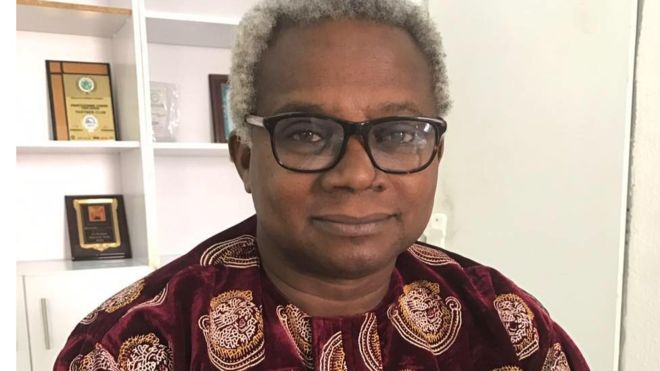 Director-General of the Voice of Nigeria (VON) says Igbo can get presidency in 2023 if IPOB joins efforts to explore political option for Nnamdi Kanu’s release.

The Director-General, Voice of Nigeria (VON), Mr Osita Okechukwu, has said the Igbo can get the 2023 presidency if the Indigenous People of Biafra (IPOB)  joins the Ohanaeze Ndigbo to explore political option for Nnamdi Kanu’s release.

According to Okechukwu, exploring a political solution to Kanu’s problem would also garner support for  the South-East region’s  pursuit of Nigeria’s President of Igbo extraction in 2023.

Okechukwu gave the advice on Sunday in Enugu while speaking with journalists.

“It is my considered opinion that political solution will lead to the release of Nnamdi Kanu and persuade other Nigerians to oblige us Nigeria President of Igbo extraction in 2023.

Okechukwu argued that on the other hand, shutting down the South-east geopolitical zone for seven days, 30 days or 10 years would most likely lead to more loss of lives of the Igbo people.

He said such an action would also lead to stagnation of the region’s economy, hunger, poverty and underdevelopment.

He said: “To be frank, it is doubtful whether shutting down will lead to freedom for Nnamdi Kanu or any other freedom.

“My brothers and sisters, working with Ohanaeze for political solution is not cowardice, but pragmatic and the home-bitter truth solution, given the dangers ahead; we share your agitation for freedom and prosperity.”

The VON DG noted that the Igbo people had passed the sordid road of aggrieved and unprepared civil war in the past.

“Regrettably, whilst this shutting down is happening, the Yorubas and our other competitors in the Nigerian project are yearning to succeed President Muhammadu Buhari who has only 19 months to complete his tenure.

“The pragmatic route is political solution in collaboration with the Ohaneze; let’s sheath our swords,” the director-general added.

Okechukwu noted that a cursory glance throughout the length and breadth of Nigeria would reveal common abject poverty, common hunger and gross unemployment.

“The truism is that Nigeria is designated World Poverty Capital as a whole, not Ndigbo alone.

He said with deep introspection, one would weep profusely when one remembered the blood shedding in Igboland, loss of property and core investments, since IPOB’s sit-at-home phenomenon began.

“If we shut down or sit at home, will we regain freedom or loose more lives; won’t we stagnate our economy and starve those who stay indoors to death?

Let’s use our tongues to count our teeth,” he said.