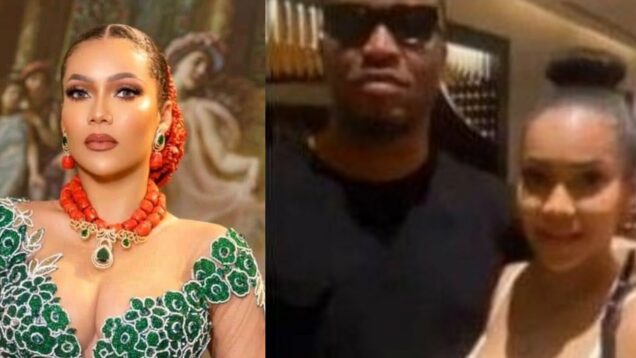 Maria became a subject of ridicule after she was accused of being a homewrecker by Cubana Chief Priest, a popular celebrity barman.

Cubana alleged that Maria “snatched” her sister’s husband and also threatened her.

Cubana Chief Priest went further to share a video of Maria and a man he claims is his sister’s husband, Kevin, together in a bar.

Reacting to the video, Iheme Nancy praised Cubana Chief Priest for calling out Kelvin and Maria.

“Where do you think she’s living? story long joor …. his your friend, I love the fact you called him out with ur chest…. you can’t be living with a married man In Dubai and still have the guts to call his wife in Nigeria to threaten her, hand never touch shaa,” she wrote on Instagram.

Another Instagram commentator wrote: “So this was the reason she (Maria) posted a few days ago on her story “ If I can’t have him, nobody will”??? A queen and more indeed.”

Adoyen: “She get mind call the wife. Craze must be playing in her head.