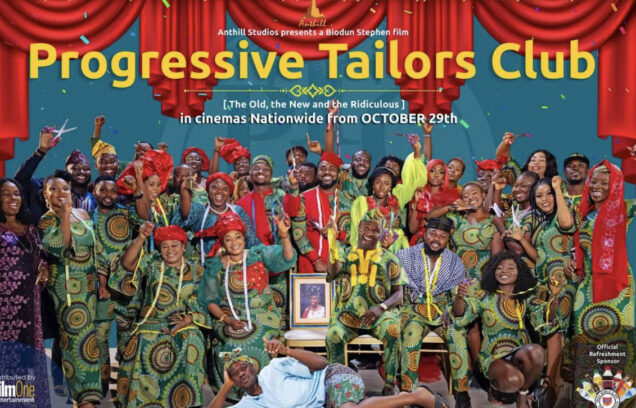 Nigerian filmmaker, Niyi Akinmolayan has paid touching tribute to Nollywood veteran, Rachel Oniga, who passed on a few months ago while dedicating ‘Progressive Tailors Club’, his latest film to her and his mother.

The premiere of ‘Progressive Tailors Club’ described as a political satire and produced by the Anthill Studio was recently held in Lagos.

‘Progressive Tailors Club’ was one of the last productions Oniga worked on before her tragic demise on July 30, 2021 from a heart-related condition. The 64-year-old actress broke into the industry in the 80s and was popular for taking on matriarchal roles.

In the Victoria Akujobi produced satire, Oniga starred as one of the executives of a tailors’ club on the verge of a political crisis.

In his tribute, the film’s executive producer, Akinmolayan wrote: “Aunty Rachel Oniga was the first actor to call back after we sent out the scripts.

“We spoke for almost an hour. She said “Niyi where do you get all these Crazy ideas from”. I told her they were all my Mum’s. She said…ah we must dedicate the movie to her memory o. Then we laughed real hard about Mrs Edem; the character Rachel plays in the film.

“Even though I do not believe in the afterlife, I can find some solace in knowing that as long as this movie exists, these two beautiful women will forever be alive to me,” he added.