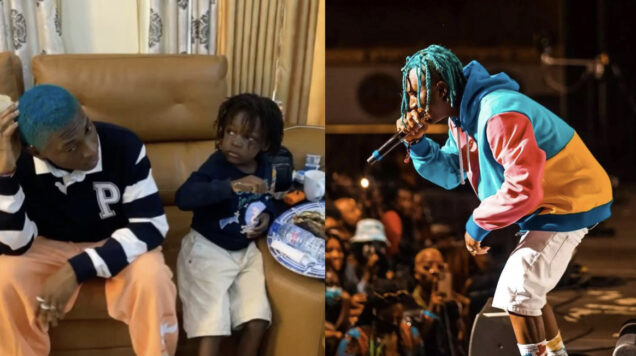 Afropop star, Akinbiyi Abiola Ahmed popularly known as Bella Shmurda has offered to change the life of the young boy who went viral for passionately singing his song.

The “Rush” crooner promised to take care of the young lad’s education till primary six.

Some days ago, a video of the little boy singing passionately to the singer’s song which features rapper, Olamide, titled ‘Triumphant’ went viral on the internet.

Gracefully, the singer got a hold of the viral video of the lad and searched for him.

After locating the boy, Bella decided to make a generous gesture towards the little kid’s future.

A new video that went viral captured Bella Shmurda meeting the little lad and promising to take care of his education till primary six.

Watch the videos below;