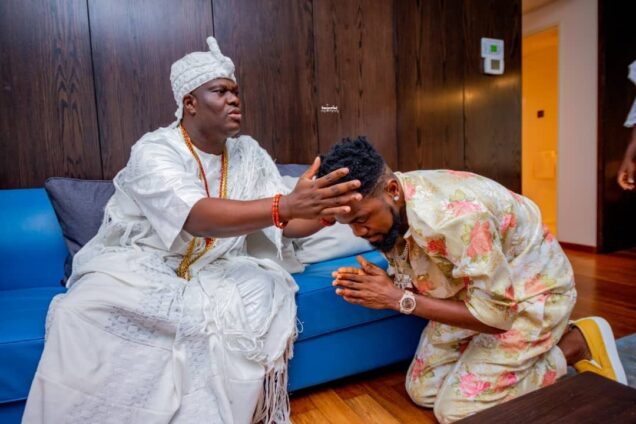 In the photos shot in Ooni’s palace, Patoranking was seen prostrating before the monarch as a symbol of respect to the traditional institution in Yoruba land.

In another photo, Oba Ogunwusi was seen praying for the music star, as they also engaged in conversation.

Born on 27 May, 1990, Patoranking, is a Nigerian reggae-dancehall singer and songwriter.

He signed a record deal with K-Solo’s Igberaga Records in 2010, releasing “Up in D Club” under the outfit. Patoranking became a protégé of Dem Mama Records after collaborating with Timaya on his song “Alubarika”.