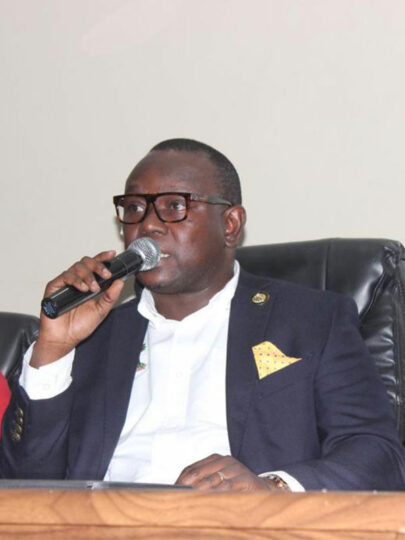 The Lagos State government on Monday engaged stakeholders on development of the State waterways safety code in order to make the state’s waterways safer.
The event was organised by the Lagos State Safety Commission in conjunction with Lagos State Waterways Authority at Radisson Blu Anchorage Hotel, Ozumba Mbadiwe Avenue, Victoria Island, Lagos.
Director-General, Lagos State Safety Commission, Lanre Mojola, said development of safety code on waterways was key to ensure the waterways were safe in the State.
He said with the prevalence in the the 21st economy, there was need for the state to develop proper safety code for water safety and security in Lagos.
“Based on the prevalence of the 21st economy, it is imperative to develop a safety code for sustainability of journeys on waterways and as well entrench people’s confidence as far as traveling on water is concerned,” Mojola said.
General Manager, Lagos State Waterways  Authority, LASWA, Oluwadamilola Emmanuel, said the state’s waterways without any iota of doubt is occupied by various stakeholders, such as fishermen, dredger,  sand miners, boat operators, among others.
He added that without a definite waterways safety code, it would not be easy to have a smooth and safe journey on waterways without proper code to regulate, enforce and monitor various stakeholders on water.
Emmanuel called on relevant stakeholders at the meeting to fashion out relevant and important codes that would make waterways safer for each and all Lagosians.
Permanent Secretary, Ministry of Special Duties and Intergovernmental Relations, Dr. Mobolaji Tajudeen Gaji, said the development of Lagos State Waterways safety code would no doubt contribute significantly to the operation of various businesses on waterways, as well reduce the influx of unwanted occupants from labelling the waterways as unsafe but would further rejig the confidence of people in waterways transportation in Lagos State.
Highlights of the event include delivery of papers on water transportation, the data, journey so far, Maritime operations, challenges and way forward.
Tags:   Lagos State government   Lanre Mojola