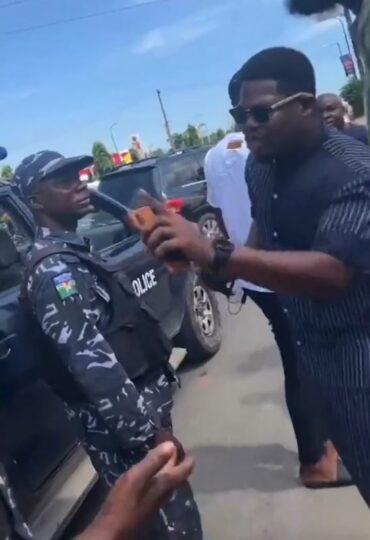 The Lagos State police command has said it will probe allegations of extortion leveled on its operatives by popular comedian, Debo Adebayo, popularly known as Mr. Macaroni.

Adekunle Ajisebutu, the state Police Public Relations Officer, said this after a live video of the comedian on Sunday where he alleged some police officers of extorting Lagos residents of N30,000.

Mr. Macaroni while trying to rescue the victim stopped by while driving and engaged the police officers on why they extorted the young boys.

He instructed a man at the scene to capture the face of the police alleged to have collected the money.

The Lagos police PPRO while reacting said the police had zero tolerance for corruption.

“We do not condone any unprofessional act. The Commissioner of Police, Hakeem Odumosu, has zero tolerance for corruption. We will investigate the matter and act appropriately,” Ajisebutu said.