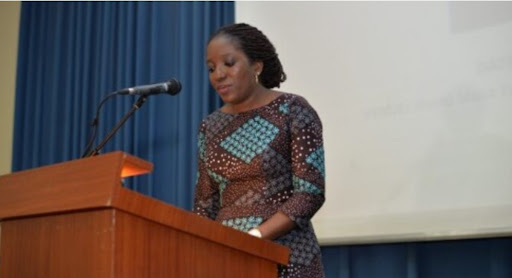 The National Agency for the Prohibition of Trafficking in Persons (NAPTIP), has called on Nollywood celebrities to join hands in the fight against human trafficking as they play a vital role in the society.

NAPTIP Director-General (DG), Dr Fatima Waziri, made the call at the premiere of the movie ‘Enslaved’, a film based on the fight against human trafficking and child labour in Nigeria.

The DG, represented by Mrs Jessica Arikpo, the Assistant Chief Intelligence Officer from the Public Enlightenment Department of NAPTIP, said that the film industry, both in Nigeria and across the world, had over the years played a vital role in the agency’s agenda of meeting its mandate.

“Between 2014 and 2015, the Agency produced a weekly TV series, Itohan, and I’m sure some of you must have watched it on NTA, the result of that programme was quite huge as it made a lot of impact in the lives of young people.

“NAPTIP has no doubt that the movie would continue where other movies, including Itohan stopped, in portraying the dangers of human trafficking and child labour and smuggling of migrants.

“I am persuaded that the premiere of this movie and the lunch of one community campaign will kick-start a new era in the use of various awareness creation platforms in fighting human trafficking.

“I want to also use this medium to call on the Nollywood celebrities to kindly join forces with NAPTIP in the fight as they play a vital role in our society in spreading anti-human trafficking, especially to the youths who watch their parts in shows and movies.

“These young Nigerians look up to them as role models so it should become part of their cooperate social responsibility to join NAPTIP to fight human trafficking,” she said.

Enslaved, directed and produced by Ugochukwu Ohuonu, aka Twenty Mouth is another true-life story on human trafficking, child labour, and sexual exploitation of young Nigerian girls who are trafficked within states to big cities to further their education by people they hold in high esteem in their communities.

But on arrival to the city, some were introduced into prostitution and compelled to make daily returns in exchange for their livelihood.

As a result, many lost their lives for money ritual purposes by men who patronise them. Some were infected with diseases because the men do not consent to the use of condoms and some were not infected but were pregnant as a result of unprotected sex.

Their babies were sold and if they die in the process, the perpetrators clean up the mess. More so, others were sold as domestic slaves who are subjected to all manner of tortures and stopped from attending school.

Speaking also, the Keynote speaker, Nwolu Okerewa, said he was glad to be a part of one community campaign. A campaign that was necessary at a time Nigeria and the world were fighting the rampant crime of human trafficking and child labour and enslavement.

Okerewa said, “I am really delighted to be a part of this initiative on human trafficking or modern day slavery which are all names that are used interchangeably to refer to crimes whereby traffickers exploit and profit at the expense of others.

“By compelling them to perform labour or engage in commercial sex, the United States department of State in 2010 reported that Nigeria is a source, transit and destination for countries for women and children subjected to trafficking in persons.

“Using a network of people, recruitment is done from rural areas. We are particularly interested in rural areas in Nigeria where women and girls are subjected to involuntary domestic servitude and sexual exploitation.

“And boys are forced to labour as street vendors and domestic servitude in mining and begging,” he said.

He urged all concerned Nigerians to make the campaign a part of sensitising their neighbours and people around to stop the proliferation of human trafficking.

He encouraged everyone to be an agent in ensuring that the evil was brought to bear.

Tags:   National Agency for the Prohibition of Trafficking in Persons   Nollywood