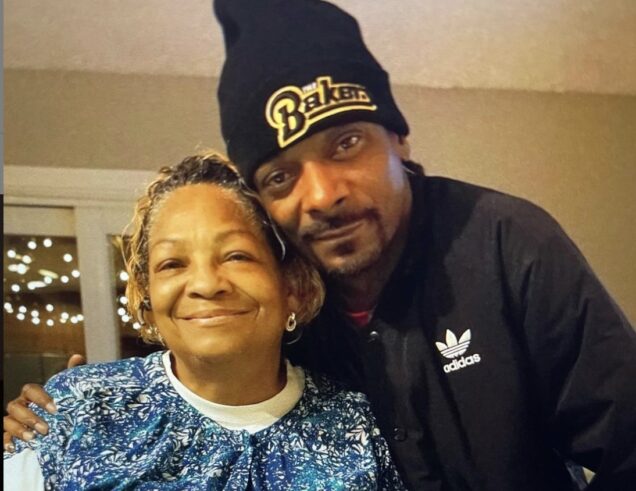 American rapper Snoop Dogg has announced the death of his mother Beverly Tate. She died at age 70 after a protracted illness.

The 50-year-old rapper cryptically posted the obituary to his 65.2 million followers on Instagram on Sunday night.

“Thank u god for giving me an angel 🕊 for a mother 💖🙏🏽🌹💝 TWMA.”, he wrote alongside a photo of the mom smiling as she held flowers wearing a red hat and red dress.

The abbreviation TWMA stands for “Till We Meet Again”.

Snoop, real name Calvin Cordozar Broadus Jr., also shared a tender photo of the mom smiling while sitting on a scooter as he wrapped an arm around her.

‘Mama thank u for having me,’ Snoop wrote in the caption along with a prayer and rose emoji.

Snoop’s father Vernell Vardado, 71, confirmed Beverly’s death on Instagram and asked for prayers for his family posting that ‘we need it more than ever’.

Beverly, who had two other sons with Vernell, was hospitalised in July for an undisclosed illness.

Snoop Dogg meanwhile has attracted a flood of condolences after the announcement of his mom’s death.

Cardi B wrote: Sorry uncle snoop .Love and peace to your family.

Lizzo (Melissa Viviane Jefferson) said: Your family is in my prayers ❤️

Dwayne Johnson The Rock: I’m so sorry Uso. All our Johnson love and mana sent you and your family’s way.