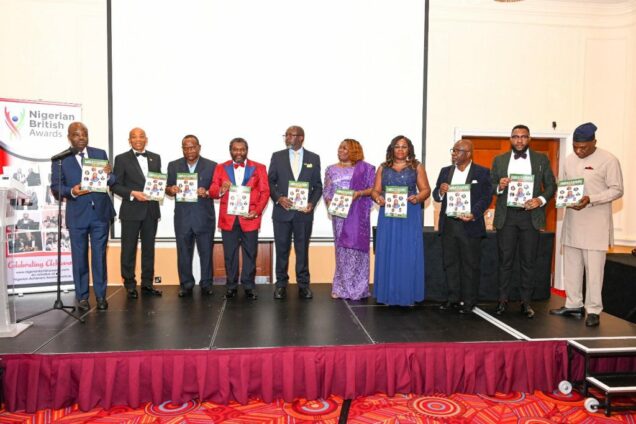 Eight outstanding Nigerians in the UK, who have “broken the glass ceiling” were honoured by the Nigerian-British Business Forum at a high profile event in London.

The eight awardees were recognised for making significant contributions in various fields of endeavours in both the UK and Nigeria.

At a ceremony presided over by the Nigerian High Commissioner to the UK, Amb. Sarafa Isola, the awardees were praised for making impacts in their professions and for putting Nigeria on the global map of excellence.

Amb. Ishola expressed his excitement on the contributions being made by Nigerians in the UK, citing the exemplary achievements of the Nigeria-British Forum, which he said, had been at the forefront of promoting businesses between Nigeria and the UK.

He assured that the Nigerian government would continue to collaborate with its UK counterpart to promote the business interests of both nations, dating back to hundreds of years before the British later colonised Nigeria.

A posthumous Life Achievers Award was also bestowed on Mr Talabi Braithwaite, who was represented by his children.