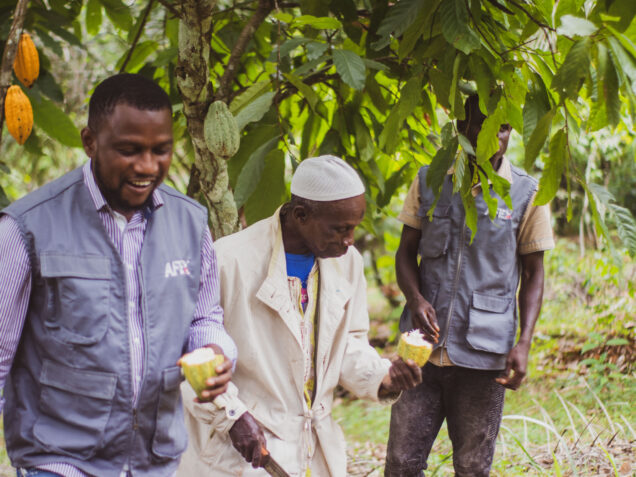 Nigeria’s leading commodities market player, AFEX, unveiled its 2021 crop production report in an online event on the 26th of October 2021, sharing an optimistic production outlook across most commodities surveyed in the report.

Both production levels and price forecasts were predicted to take an upward trend for the bulk of commodities included in the report as against the numbers recorded at the same time last year, early in the season.

Ginger is also predicted to see a 4% increase in production levels and sesame production is expected to increase significantly by 12%. Sorghum and paddy rice was likewise projected to grow by 2% and 10% respectively.

Similarly, the price forecasts for most commodities that were featured in the report were shown to be on the rise with analysts, who discussed the findings at the unveiling event, revealing a myriad of factors for the increase. The key factor considered was the difference in aggregate demand and supply for the commodities as well as key macro events likely to drive prices.

Although production levels for the commodities surveyed show an upward trend at the start of the season this growth can still be considered as “small-scale” in comparison with demand pressures. Maize, the most widely planted cereal crop in the world, is particularly vulnerable to demand pressures, which have been signaled in the report to exceed supply levels in the season and which could result in increased prices.

For cocoa, the report said there would also be a “significant pressure on cocoa price due to low supply”, driven by to prolonged rains in Nigeria.

“We forecast cocoa prices to settle around NGN1.3 million/MT to NGN1.350 million/MT by Q4 2021,” the report stated on the back of a stable exchange rate

The AFEX 2021 crop production report was developed by surveying over 10,000 farmers and tracking market prices across over 200 markets in the country, focusing majorly on the impact of land usage, inputs, weather, and subsequently, and the output expectations of farmers on production levels.

Commenting at the online event, AFEX’s Chief Operating Officer, Akinyinka Akintunde, said: “Our crop production estimates provide crucial insights for people in the Nigerian agricultural sector, enabling them to make strategic marketing and investment decisions for the year ahead.

“This year’s report shows real optimism among farmers which is great for the industry. Across all commodities surveyed, we noticed a marginal increase in production volumes, despite a higher-than-average price of key inputs.

“This increase, however, was not sufficient to topple the upward trend of commodities prices. As such, we expect prices of commodities to start from a higher base when compared to the previous year.”

Akintunde further commented: “Our mission is to fill the data gap in the sector, enabling the policymakers, and producers as well as stakeholders who benefit from those programs to take steps that will benefit users within the ecosystem.

“Without these insights, it would be much more difficult to predict future agricultural yields, output, and eventual pricing which is a key driver of inflation,” he added.