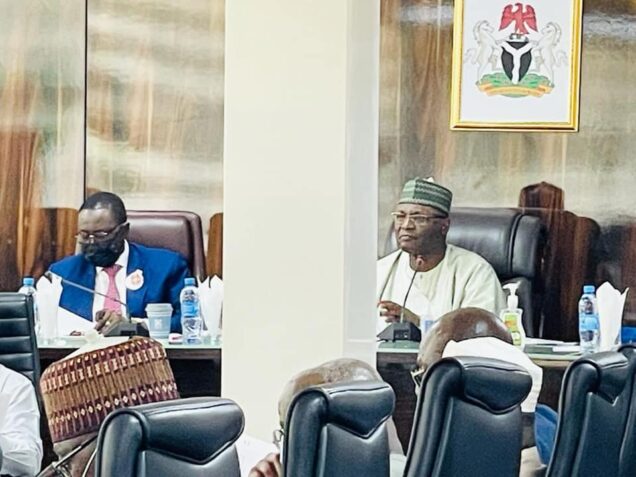 The Federal Government on Monday advised the Indigenous People of Biafra, IPOB to have a rethink about its threat to disrupt the November 6 Anambra governorship election.

Monguno, who is also the Co-chairman of ICCES, said that while the security agencies personnel had been charged to act professionally, they would not sit idle and allow anyone to disrupt the election.

“I want to reassure the general public that the security agencies are going to do everything within their power to ensure that the people of Anambra State undergo this exercise without any incident.

“In the same vein of want to offer a word of brotherly advice to our brothers and sisters in Anambra State who may want to use means, methods that are unorthodox and that are unusual to destabilize, an already delicate situation, to please, think again.

“We are all eager to achieve results in this election that will be acceptable to everybody.

“The law enforcement agencies, in as much have agreed to operate in accordance with the requirements of their profession, will not sit by idle.

“We will not allow people to start looting, destroying public property, and resorting to not just intimidation, terrorizing people, possibly arson and even homicide.

“This will not be accepted. The law enforcement agencies have been asked to watch out for such elements. Because what you start, you don’t know how it will end.

“ There is no need embarking on an exercise of self delusion, futility or some form of tangle.

“Please, I am appealing to you all brothers, stay within your wards your local government and let us have a peaceful election,” Monguno said.

The NSA also advised the security personnel not to engage in any act that would tarnish image of the security agencies or harm the process affecting collective efforts to have hitch free election in Anambra.

He said that the security personnel had been charged to exhibit the highest level of professionalism, patience, perseverance, self restraint, as well as operate within the confines of the law, and not to exhibit any tendency that would jeopardize the exercise.

He said that security agencies were not just expected to ensure hitch free exercise, but also ensure that they exercise their civil responsibility in an atmosphere devoid of rancor, apprehension, tension, anything that could lead to suspicioun or people ending up in courts or even violence.

He, however, advised INEC not to be discouraged by its recent losses to various attacks on its facilities in the state.

Earlier in his remarks, INEC Chairman, Prof. Mahmood Yakubu, said that the commission was committed in going ahead with the Nov. 6 election.

Yakubu said that INEC preparations for the election had been going on unhindered.

“Our deployment of non-sensitive materials and training of personnel for the election have virtually been concluded.

“The Commission has successfully accomplished 12 out of the 14 activities listed in the Timetable and Schedule of Activities for the election released in January this year.

“The two outstanding activities are the last day of campaign, at midnight on Thursday Nov. 4 and election day which remains Saturday Nov. 6.

“INEC is determined to proceed with the Anambra State Governorship election as scheduled.

“The safety and protection of voters, our personnel, accredited observers, the media and materials are cardinal considerations in any election.

“We have been assured by the security agencies of a secure environment for the election,” Yakubu said.

Yakubu urged all and sundry to play their part in ensuring a free, fair, credible and peaceful Governorship election in Anambra State.

He stated that the Resident Electoral Commissioner for Anambra, Dr Nkwachukwu Orji, and state Commissioner of Police, Echeng E. Echeng, would be briefing the meeting on the level of preparations.

Yakubu commended the continued support of security agencies to the INEC and the high level of professional conduct of the agencies during elections.

“Indeed, Edo and Ondo have become the standard for securing elections in Nigeria.

“The professionalism and neutrality exhibited by the security agencies in the two elections have been widely praised nationally and internationally.

“We are confident that this will be replicated in Anambra State.”

“The Commission is also working with the National Peace Committee under the leadership of our respected former Head of State, Gen. Abdulsalami Abubakar, to bring all political parties and candidates for the Governorship election to commit to peace before, during and after the elections.

“We appreciate this wide-ranging support and I wish to reassure the registered voters in Anambra State that the choice of the next Governor lies in their hands,” Yakubu said.

The News Agency of Nigeria (NAN) reports that two newly sworn-in INEC National Commissioners were also present at the meeting.

They were Prof. Kunle Ajayi, a Professor of Political Science at the Ekiti State University; and Muhammad Kallah, a retired Professor of Ecology and Range Management at the Ahmadu Bello University Zaria representing the South West and North West respectively.(