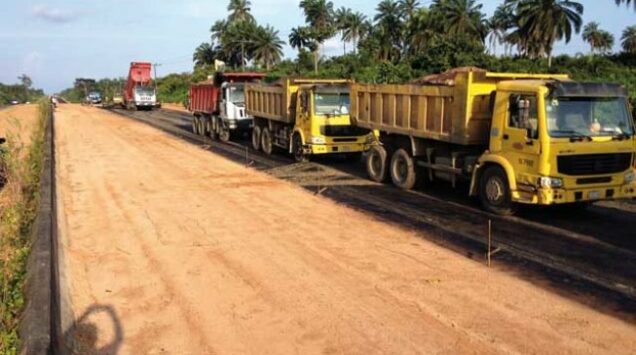 The Federal Government has commenced the emergency repair of critical portions hindering the smooth movement of motorists on the Ibadan-Ife-Ilesa Expressway.

Mr Kayode Ibrahim, the Oyo State Controller of Works, Federal Ministry of Works and Housing, made this known on Tuesday in Ibadan.

According to him, Kopek Construction company, the contractor handling the project, is in the process of mobilisation.

Ibrahim said: “It has moved to critical portions of the road to make it motorable before full mobilization.

“Because of the heavy downpour that we experienced in recent time, a section around Ilesa has gone very critical and a contractor had moved there.

“The contractor has been working on the road since the last two weeks; all the bad sections of the road, close to Ile-Ife are now motorable.

“The contractor started with the critical portions, the sections between Ile-Ife and Ilesa is currently receiving attention and work will soon start at the less critical locations as it progresses.

“The Ibadan interchange to Asejire Bridge, which is not as critical as the other sections of the road, will soon receive attention; that is the instruction they have and they are carrying it out.”

Giving an update on the Oyo–Ogbomoso Road, the controller said the old road was currently receiving attention.

“Some sections of the old Oyo-Ogbomoso Road, which has almost been cut off because of the recent heavy downpour, is presently receiving serious intervention.

“Federal Government has awarded emergency repair for the old road, particularly the road shoulders where tankers and vehicles are falling.

“So, Renoid Construction Company has been instructed to attend to very critical portions,” he said.

On the new Oyo–Ogbomoso Dual carriageway, the controller said work was ongoing, adding, “major work now is on the bridges and interchange at Oyo section”.

According to him, the road contract augmentation that had been approved was to strengthen the pavement so that the failure experienced on other roads wouldn’t occur there.

“So, the design has been strengthened to include two layers of bidders, the contractor is now putting the second layer,” he said.

Ibrahim said that other Federal road projects across the state that were currently receiving attention included Iseyin – Saki Road; Igboho – Sepeteri; Iseyin – Alaga to Okaka and Baasi; Ogbomoso to Igbeti and Oyo–Aawe–Iwo.

The controller said Oyo State was receiving good attention from the Federal Government, declaring that the state was well captured in the road infrastructure development of the present administration.

He implored the people of the state to be patient with the government.

Ibrahim said there was general meltdown in the economy of the entire globe.

“But, with the scarce resources Federal Government is making efforts to address road infrastructure deficits across the country,” he said.FG begins Ibadan-Ife-Ilesa Expressway emergency repair work