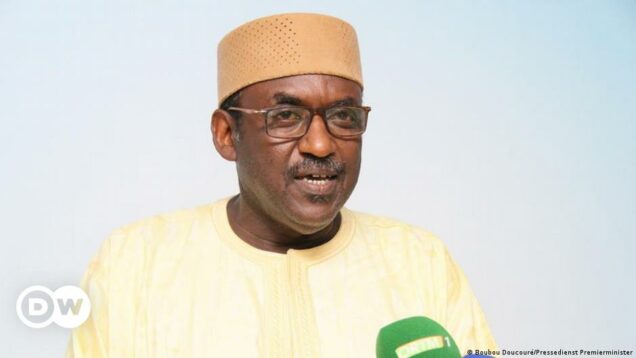 It gave him 72 hours to leave the country, according to a statement.

Boly was invited to the Ministry of Foreign Affairs and International Cooperation where he was “notified of the decision of the government”.

He was told his actions are incompatible with his status”, said the foreign affairs ministry.

“This decision comes after several warnings addressed to the person concerned through his hierarchy”, indicated the Malian government reaffirmed its “readiness to maintain dialogue” with ECOWAS and to “work together” for the success of the transition.

This decision was taken by the Malian authorities following a UN Security Council mission on Oct. 23 and Oct. 24 to assess the country’s political situation.

This was after being urged by ECOWAS to respect the deadline of 18 months of transition (from Sept. 15, 2020), thus to organize the first round of legislative and presidential elections on Feb. 27.

ECOWAS President-in-Office John Nana Akuffo-Addo of Ghana made an official visit to Bamako on Oct. 17 to discuss with the Malian authorities the “evolution” of this transition.

However, in recent weeks, the transitional authorities have called for the postponement of the first rounds of presidential and legislative elections scheduled for Feb. 27, 2022, thus extending the deadline for the transitional period.

The transitional government now said it would confirm a date for elections after national consultations in December.

“He (Boly) is engaged with groups, individuals from civil society, from the world of politics and even from the world of the press, who undertake actions hostile to the transition and which are not in line with his mission,” Mali Foreign Minister Abdoulaye Diop told the state broadcaster.

A spokesperson for Mali’s M5-RFP political coalition, which led anti-government protests that culminated in last year’s coup, accused Boly of supporting the former regime, and called on the government to withdraw the country from ECOWAS.

“He is an enemy of Mali, he is against Mali, he is here to divide us and not to unite us,” said M5-RFP spokesperson Jeamille Bittar.