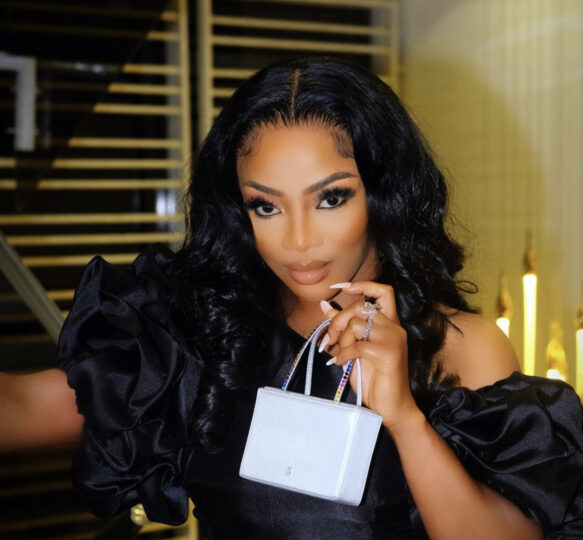 Nigerian media personality and the host of Gulder Ultimate Search Toke Makinwa has revealed that her biggest fear is to waste her life doing things that bring no happiness to her.

The show host made this known via her Instagram story on Tuesday, where she stated that death teaches people how fragile life is.

“Death teaches us how fragile life is. My biggest fear is wasting my life doing things that bring zero happiness,” she wrote.

“Cherish the ones you love, Be there for the people and things that truly matter. Dey for the people wey dey for you. Spend time developing you. Be present.” (sic) 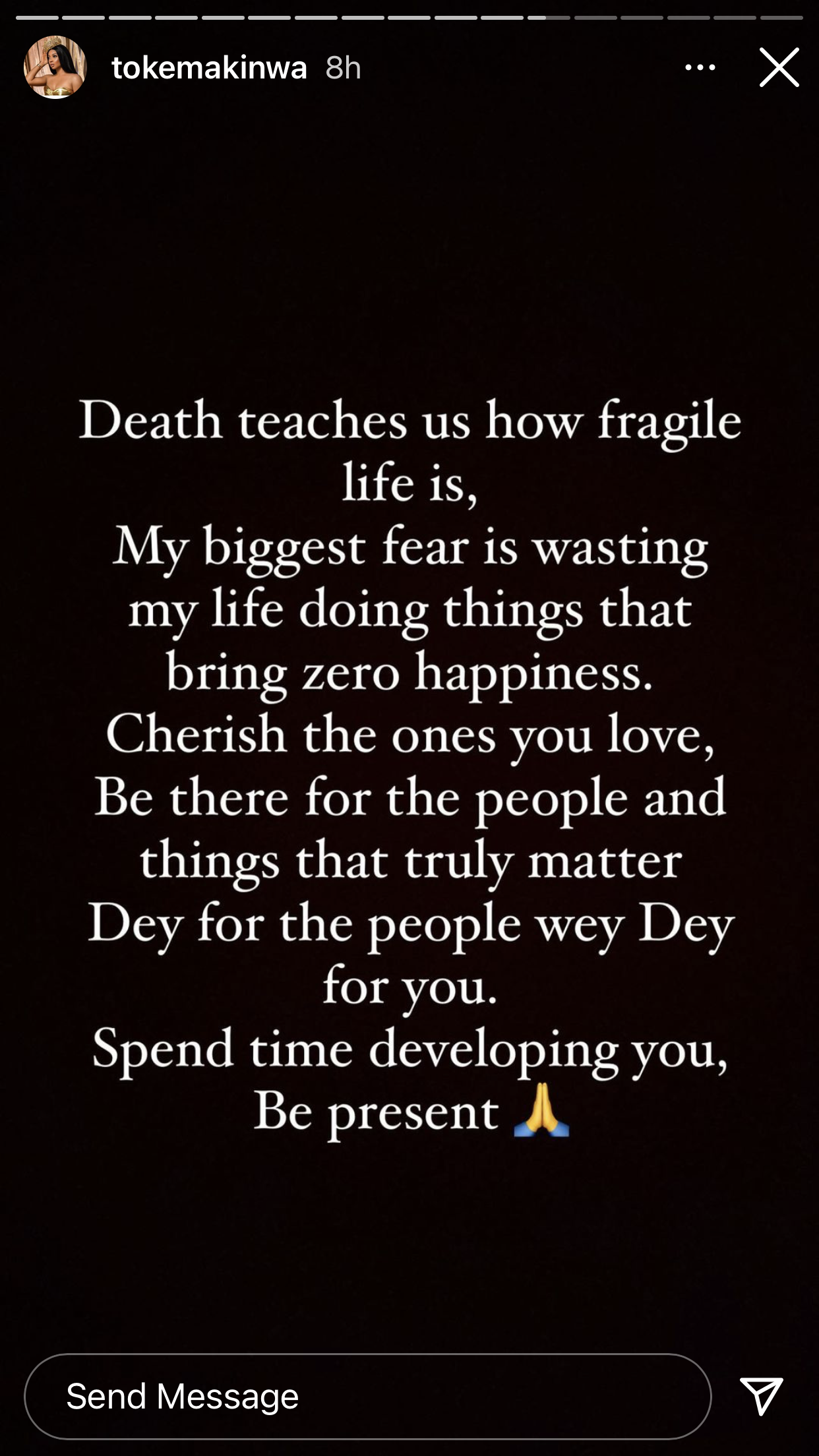 The host for the just-concluded Big Brother Naija Shine Ya Eye highlight show had earlier revealed that she lost her sister.

Makinwa made the announcement on October 11, barely nine days after the show came to an end.

During that period, she was also unveiled as the anchor of the reality survival show, Gulder Ultimate Search, an announcement that caused criticisms.