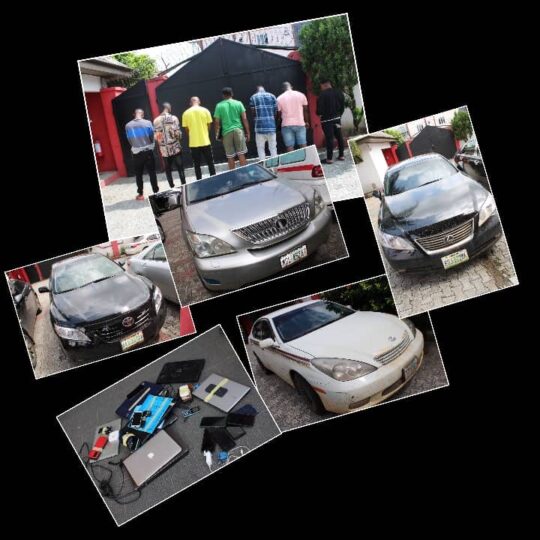 The suspects with the cars, others recovered from them

One of those arrested is Peter Ugochukwu, a supposed businessman who claims he deals in shoes and clothes, in Umuahia, Abia State.

A statement issued by EFCC’s spokesman, Wilson Uwujaren said the suspects were arrested in a sting operation at the Government College and Okwuta areas of Umuahia following verified intelligence on their alleged internet fraud-related activities.

”The suspects will be charged to court as soon as the investigation is completed,” he said.