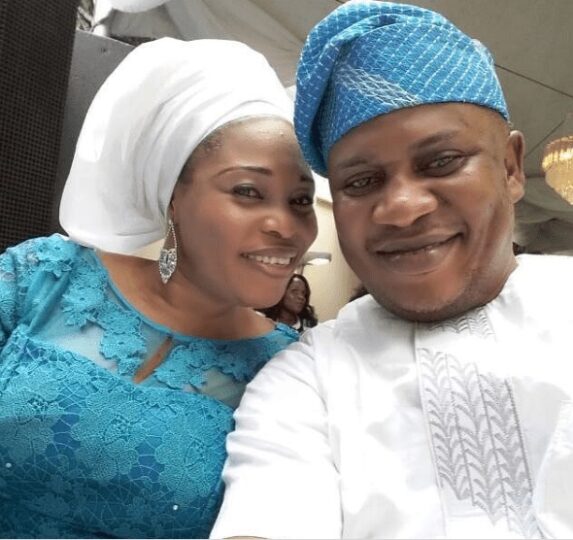 Olusoji Alabi, husband of ace gospel artist, Tope Alabi has taken to social media to celebrate his wife on the occasion of her birthday.

Alabi in a loving message he shared on his Instagram account described his wife as his best friend.

He wrote: “Happy birthday to my best Friend, my lovely and dearest wife @tope_alabi_ You will live long to eat the fruit of your labour. No weapon formed against you shall prosper in Jesus name.
I celebrate the grace of God on your life.
God bless your new age.

Tope Alabi has been married to Soji Alabi since 1998.

Soji, a studio engineer and music producer, met his wife in 1994 in Ikeja, Lagos one of the days she visited a recording studio.

He was the studio engineer for the studio at the time, and they both got along well.

They became close friends, and four years after their first meeting, the gentleman proposed to her, and they got married the same year.

Since their marriage, both have continued to grow stronger both in their career and as a couple.

The music producer greatly influenced his wife’s song choice, and today, she is doing very well in that sphere.

He has been her producer since 2001 when she released her debut song, “Ore ti o common,” to date.

Tope Alabi is blessed with three children, two daughters and a son.