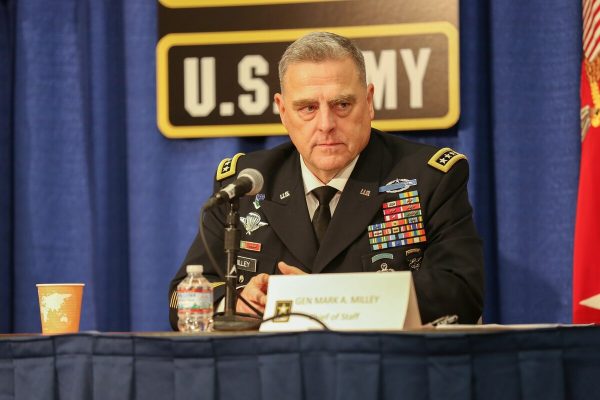 Milley, chairman of the Joint Chiefs of Staff, said the nuclear-capable missile would be very difficult to defend against.

“What we saw was a very significant event of a test of a hypersonic weapon system. And it is very concerning,” Milley told Bloomberg TV.

“It’s a very significant technological event that occurred… and it has all of our attention.”

The US Department of Defense had previously declined to confirm the test, first reported by the Financial Times on October 16.

The missile circled the Earth at a low altitude and a velocity of more than five times the speed of sound, although it missed its target by more than 30 kilometers (19 miles), according to the Financial Times.

China denied the report, saying it was a routine test of a reusable space vehicle.

Hypersonics are the new frontier in missile technology, because they fly lower and so are harder to detect than ballistic missiles, can reach targets more quickly, and are maneuverable.

That makes them more dangerous, particularly if mounted with nuclear warheads.

The United States, Russia, China and North Korea have all tested hypersonics and several others are developing the technology.

China in 2019 unveiled a hypersonic medium-range missile, the DF-17, which can travel around 2,000 kilometres and can carry nuclear warheads.

The missile mentioned in the FT story is a different one, with a longer range. It can be launched into orbit before coming back into the atmosphere to hit its target.

But he said that any major advancement in China’s military capabilities does “very little to help decrease tensions in the region and beyond.”