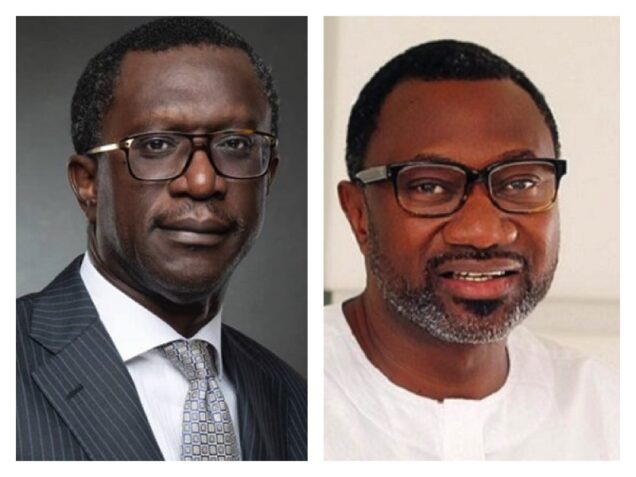 The Chairman of FBN Holdings (FBNH), Mr Tunde Hassan-Odukale, has been confirmed as the largest single shareholder of the company, upsetting Femi Otedola, who had thought he was numero uno.

This was stated in a letter published on the website of the Nigerian Exchange Ltd (NGX) on Wednesday.

This new development is contrary to claims that the recent stakes of Otedola and his nominee, Calvados Global Services Ltd. constituted the largest single stake in the bank.

An analysis of the letter showed that Hassan-Odukale acquired the bulk of his shareholding in FBNH this year.

Hassan-Odukale’s shareholding stands at 5.36 per cent ahead of Otedola who owns 5.07 per cent.

The filing to the NGX stated that Hassan-Odukale and Otedola were the only two substantial shareholders with over five per cent equity interest in the company.

In a letter addressed to the Director-General of the NGX, FBN Holdings notified the bourse that Hassan-Odukale held cumulative of 5.36 per cent stake of the Group, while Otedola holds a total of 5.07 per cent, of the Group’s issued share capital.

Further breakdown of the data shows that Hassan-Odukale’s direct interest in the bank is 26,231,887 units while he indirectly owns 1,897,280,212 units in the financial Holding Company.

Hassan-Odukale’s recent direct and indirect stake in FBN Holdings Plc shows he has been buying the shares of the holding company this year.