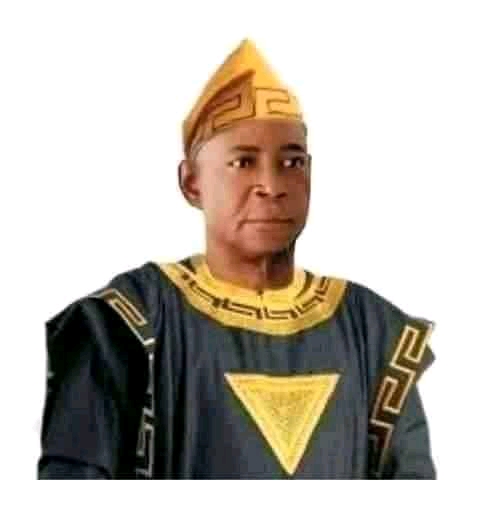 Prince Mathew Opaluwa: new Attah Igala: Stakeholders in Idah, Kogi State prepare for his installation or return from the hunting expedition he embarked on last August.

Consultations at both the spiritual and physical levels are being made by relevant stakeholders on the date the Attah Igala will return from his hunting expedition, on which he embarked last year August.

His palace in Idah and the entire community are gradually wearing a new look in anticipation of his return.

According to Igala tradition, an Atta does not die. He only goes hunting. Thus on Thursday, 27th August 2020 when His Royal Majesty, HRM Idakwo Michael Ameh Oboni II, the late Attah Igala, passed on in an Abuja hospital after an unsuccessful surgery, his subjects said he went hunting.

Kogi State Governor, Alhaji Yahaya Bello last week prepared the ground for his return. The government after an Executive Council meeting announced the approval of Prince Mathew Alhaji Opaluwa, as the Attah Igala designate. His date of coronation which traditionally marks his return to the seat of his predecessors from hunting is expected to be announced soon after some rites. The imminent return has been dominating discussions among his subjects of late.

For instance, a foremost youth group in the kingdom, Ojuju Agbudufu, has taken steps beyond rhetorics to prepare grounds for the arrival of the Attah and visitors who may wish to welcome him from the one-year-old expedition. The group has embarked on the cleaning of the bushy and reptiles infested ancient palace in Idah, as its contribution to the installation of the new paramount ruler, who Chairs the Kogi State Traditional Council of Chiefs.

Idah, the traditional headquarters of the Igala people and the ancient Attah Igala’s palace in particular has been agog with activities, preparatory to the installation of the new Attah.

Speaking with newsmen who visited the Palace, the President in Council of Ojuju Agbadufu, Mr Christopher Ukwenya and the Clerk of Council, Comrade Maji Isah, expressed happiness and satisfaction on the preparation for the return of the paramount ruler.

According to the President, “there are lots of work to be done here in the palace to make it appealing as we are expecting people from all over the world to visit Idah soon to witness the ancient Installation process of Agabaidu that is returning from his hunting expedition.

“Ojuju Agbadufu is clearing the palace as a way of contributing and we are happy doing it. There is a lot to be done and I use this opportunity to call on every Igala son and daughter, foremost organizations to come through for the land by making a contribution in ensuring we fix the palace to look befitting for the return of Agabaidu.


“Little contributions like this by many people and organisations would amount to a huge work done on aggregate. Let’s not leave this for anyone to come do it for us. It is our duty, it is our responsibility to fix our house when expecting visitors and so everyone should make their own contributions however small.”

Maji Isah said he was happy to be a part of the cleaning process. “It is a lifetime opportunity and so I do not take it for granted. Idah is history, The Ata Igala palace is history and so when I march the ground here, I do it with caution because I am walking on a historic site.

“In the last one year that Igala nation has been in mourning, the grasses in the palace has grown so fast and so big that it is taking Ojuju Agbaldufu over 25 persons to do a manual clearing while employing three machines to work on other parts. These guys has worked for three days now and they will still work for two more days considering the situation we met. The Palace is really fertile which is a representative of the entire Igala soil.”

Igala people are turning every stones in the Palace to make sure the arrival of the new monarch is colourful and memorable.